Please ensure Javascript is enabled for purposes of website accessibility
Log In Help Join The Motley Fool
Free Article Join Over 1 Million Premium Members And Get More In-Depth Stock Guidance and Research
By Jason Hall, Demitri Kalogeropoulos, and George Budwell – Apr 8, 2018 at 5:16AM

Holding any stock for multiple decades might sound crazy, but it's proven to be a path to huge profits. Here are three stocks worthy of (very) long-term ownership.

Growth stocks can be life-changing investments: Think of buying Amazon.com in 1997 for a split-adjusted $1.50, or Microsoft in 1986 for a split-adjusted $0.10 -- yes, ten cents -- per share. These are real growth-stock investments that real people made at some point, turning thousands into millions. Moreover, growth stocks don't have to be brand-new start-ups. Look no further than Coca-Cola, which you could've picked up for a split- and dividend-adjusted $0.35 per share in late 1979, turning $1,000 into over $122,000 in total returns.

None of this happened overnight: It took decades for these growth stories to fully play out and pay off for investors. But pay off it did, and for too many companies to cover in a single article. The good news is that it's going to keep happening, and patient investors willing to buy top-notch companies and hold for decades will be rewarded with massive gains. 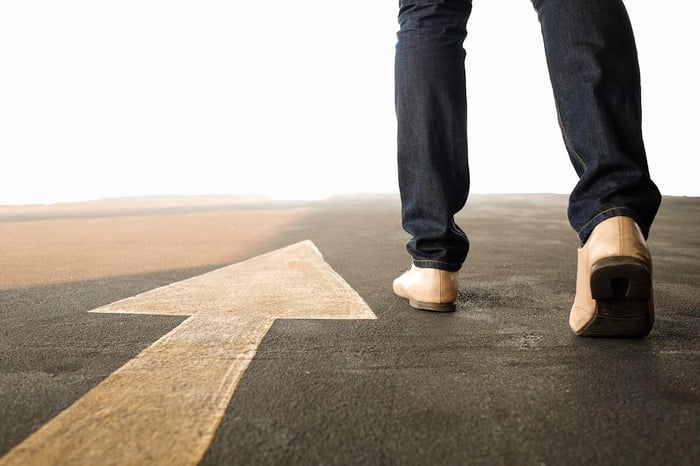 Profit from a decades-long trend

Jason Hall (NV5 Global Inc.): Since I'm 41 years old, holding a stock for 25 years would fall right in line with my retirement plans. And NV5 Global is a stock that I fully intend to hold for that long. 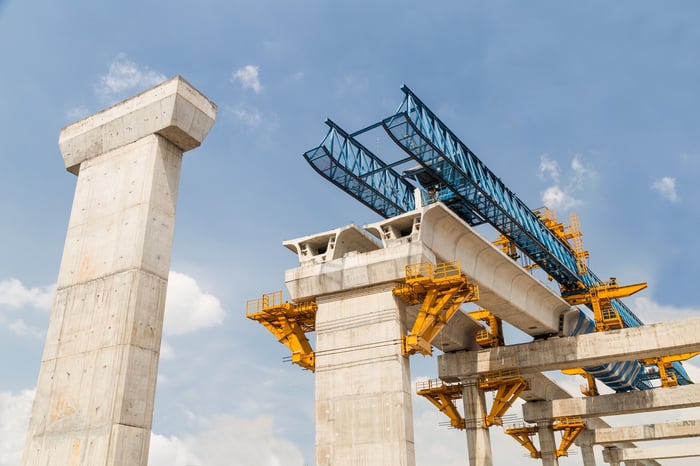 It has already made for a great growth story, with shares up more than 50% since I learned about and invested in the company about a year ago. But I think the best is still yet to come.

Led by a founding CEO with a significant equity stake in the company and a long track record of success in the engineering segment, NV5 Global has steadily expanded via acquisition and organic growth since going public in 2012. Sales were up 49% last year while GAAP (adjusted to exclude one-time gains from tax reform) earnings per share jumped 38%. But in 2017, NV5 only generated $333 million in revenue and $18 million in adjusted net income.

For some context, global infrastructure is a multitrillion-dollar industry, bringing in hundreds of billions of dollars in the U.S. alone. The U.S. and other developed countries need major modernization of infrastructure, and a burgeoning global urban population will require huge infrastructure expansion in coming decades.

Don't let NV5's valuation -- 34 times adjusted earnings for 2017 -- scare you away. With a market cap of only $613 million, current sales making up a tiny sliver of its addressable market, and wonderful growth prospects, NV5 is an ideal little-known growth stock to buy today, and own for decades to come.

Lace up for the long haul

Sure, the footwear giant is struggling through a period of slowing sales growth and reduced profitability. Yet it has navigated many such slumps in the past, and its leadership spot in the industry should help it recover nicely as this one ends, too. 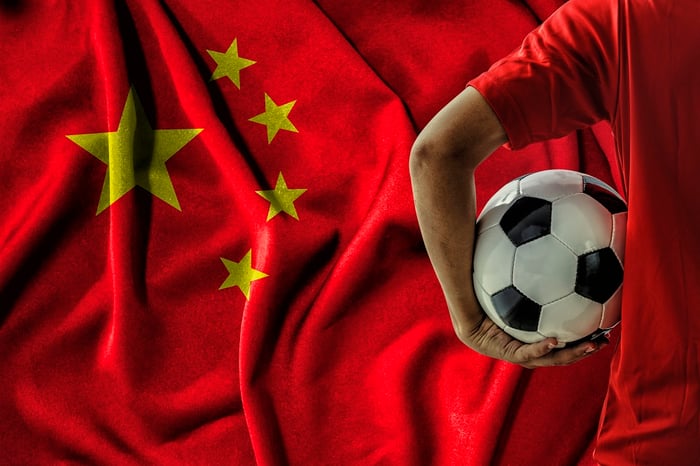 Looking further out, Nike has a massive opportunity in international markets, especially one in China that's projected to grow to many multiples of that in the U.S. by 2030. I'd expect Nike's U.S. business to churn out higher earnings, too, as the company favors direct sales of its products over warehouse sales to its traditional retailing partners. This direct-to-consumer business is roughly twice as profitable, and so it's good news to see metrics like the 18% growth Nike recently booked in its online segment.

Nike's long-term results will depend on its ability to continuously raise the bar on innovative footwear and apparel products. That's a challenge the retailer is used to meeting, though, and the prize should only get bigger as more consumers embrace the sporting lifestyle over the next quarter-century.

George Budwell (Celgene Corporation): Shares of the blue chip biotech Celgene have steadily been losing ground this year, thanks to a series of clinical and regulatory setbacks in its all-important immunology franchise. The biotech's experimental Crohn's disease drug, GED-0301, missed the mark in a late-stage study. And not long afterwards, the Food and Drug Administration also hit the company with a refusal-to-file notification for its high-profile multiple sclerosis drug candidate ozanimod.

Why are these setbacks such a big deal? Celgene has been working toward lessening its dependence on the blockbuster blood cancer drug Revlimid for growth, by investing heavily in its late-stage pipeline. So with GED-0301 an outright failure, and ozanimod's commercial launch delayed, the company may have to walk back its longer-term revenue forecasts even further later this year. While these problems within Celgene's immunology pipeline are indeed noteworthy, a more global view shows that the company is still in excellent shape. And that's why this top biotech is arguably worth buying and holding for the duration.

Celgene remains the industry leader in hematology by a wide margin, and its collaborations with cutting-edge gene-therapy companies like bluebird bio should keep it in the catbird seat in this high-growth market for the foreseeable future.

So this recent spate of bad luck should probably be viewed more as a bump in the road, instead of an existential crisis. After all, Celgene's robust clinical pipeline has the firepower to overcome even these unfortunate events.