In a battle of two high-yielding stalwarts, this one has a clear advantage.

Coming into the turn of the Millennium, General Electric (GE 6.20%) and Cisco (CSCO 2.22%) were considered must-own stocks. The former had its hands in every important part of American manufacturing, while the latter was helping to connect the world via the Internet. 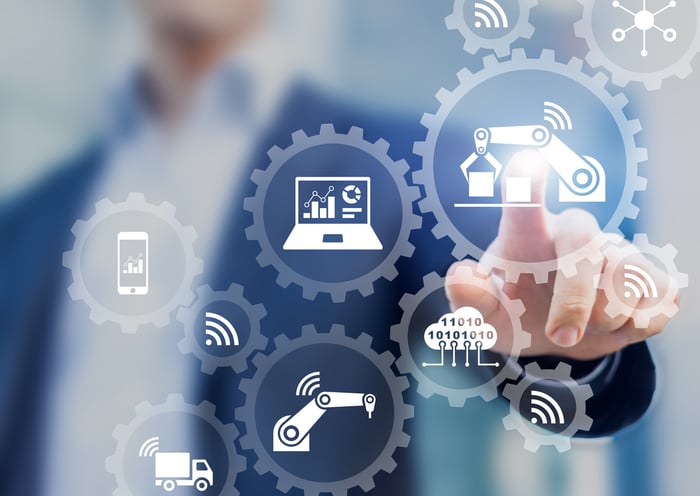 That, of course, is a question that's impossible to answer with 100% certainty. If we examine these two companies through three different lenses, though, we can get a better idea of which is the better bet.

The first facet we are evaluating is the easiest to discern: financial fortitude. If a financial crisis were to hit tomorrow, there are three different effects such a downturn could have:

Companies can grow stronger in such situations by buying back shares on the cheap, acquiring distressed rivals, or simply bleeding the competition out by undercutting them on price.

Keeping in mind that Cisco is valued at about 75% bigger than GE, here's how the two stack up.

This is a very easy call to make. Cisco has a much better balance sheet -- with a net-positive cash position -- and much better cash flows. That means if a crisis were to hit, Cisco would have more options than GE.

Next, we have a murkier variable: valuation. While there's no single variable that will tell you if a stock is "expensive" or "cheap," we can consult several data points to build out a more holistic picture.

On the face of it, General Electric looks cheap on earnings and cash-flow ratios. It also has a heftier dividend. At the same time, though, when growth prospects are taken into consideration via the PEG ratio, Cisco appears to be trading at a 30% discount.

Not only that, Cisco's dividend appears to be more sustainable, though GE's decision to recently cut its dividend by 50% and sell off some assets means it's safer than it appears.

Taking all of this into consideration, I'm calling this one a draw.

Finally, we have the most difficult -- but also most important -- facet to evaluate: a company's sustainable competitive advantage. Often referred to as a "moat" in investing circles, this is the special something that keeps customers coming back to one company -- year after year -- while holding the competition at bay for decades.

Historically, GE's key moat was provided by its brand and scale. According to Forbes, GE's brand is currently worth $38 billion -- good enough for 11th globally. But that doesn't mean the company is sitting pretty.

Organic revenue from the company's core industrial and power divisions has consistently been coming in below expectations. That's troublesome, because as technology has changed the landscape of manufacturing, many of the advantages of GE's scale have become liabilities -- making it too large and lumbering to pivot as the market's needs change.

The company's legacy network switches and routers are ingrained in many networking products the world over. That said, the hardware may soon become obsolete as tech giants transition toward newer products.

On that front, while Cisco was slow to transition to a subscription-based, infrastructure-as-a-service (IaaS) model -- which has lower overhead costs and is more easily updatable -- it is starting to gain traction. While not a super-wide moat, that's enough to give the company the edge over GE.

So, there you have it, Cisco is my winner. The company has a wider moat and stronger balance sheet than GE, and it seems fairly priced. That being said, I'm not a huge fan of either company. GE's shortcoming are on full display, here, but Cisco's business is under siege from Arista Networks -- you can read more about that here -- and that means I'll be not only staying away from the stock, but not making an outperform call on my CAPS profile, either.

I think there are better places for your money.