Find out why these stocks bucked the market.

Monday was a positive day on Wall Street, as major benchmarks jumped following an uneventful weekend, tapering their gains as the session came to a close. Some had feared that China might retaliate once again after the U.S. issued a second round of tariffs against the nation with the world's second-largest economy, but the expected fireworks didn't come, putting market participants more at ease. The beginning of earnings season in the next week will also distract investors from geopolitical issues, perhaps allowing indexes to climb further. Yet some individual stocks had difficulties that sent their shares lower. Yandex (YNDX -6.79%), Menlo Therapeutics (MNLO), and MGIC Investment (MTG 1.60%) were among the worst performers on the day. Here's why they did so poorly.

Shares of Yandex sank 12% as the entire Russian stock market suffered from the imposition of new U.S. sanctions on its Cold War rival. The sanctions targeted about two dozen Russian government officials and oligarchs, with Treasury Secretary Steve Mnuchin accusing Russia of supporting the Assad regime in Syria, continuing to remain in Crimea, and generally attacking the concept of Western democracy. Yandex wasn't directly targeted under the sanctions, but the internet website stands to lose generally if sanctions create a sustained slump in economic activity more generally. The news is especially ill-timed given Yandex's recent moves higher toward levels not seen since the early 2010s, but political risk is an ever-present danger for investors in Russia. 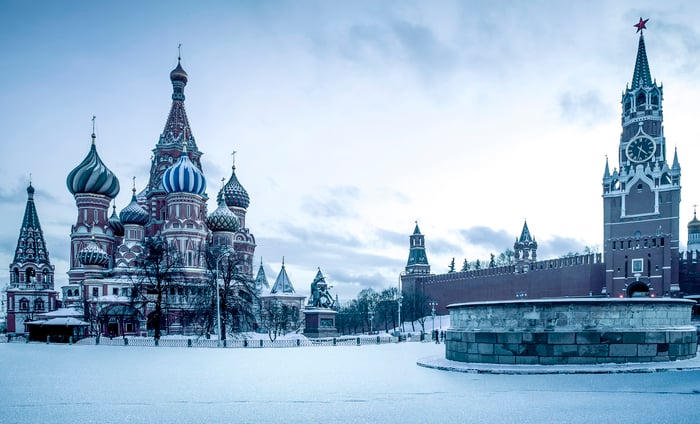 Lights out for Menlo?

Menlo Therapeutics stock plummeted 77% after the company announced disappointing results from a clinical study of its candidate drug serlopitant. The company said that its phase 2 trial of the drug for treating an itchy-skin condition known as pruritus in patients with a history of atopic dermatitis failed to meets its primary or key secondary efficacy endpoints, showing no statistically significant differences between groups taking serlopitant and those taking placebo. Menlo tried to remain optimistic, pointing to two other phase 2 studies with positive results, and it anticipates starting phase 3 trials for the drug in patients suffering from the skin disease prurigo nodularis. Yet investors are especially disappointed given the fact that Menlo just came public earlier this year, casting the company's entire future in doubt and showing once again the dangers of small pharma and biotech stocks.

Is MGIC in a price war?

Finally, shares of MGIC Investment lost 17%. The private mortgage insurance company said that it had reduced the premium rates that mortgage borrowers have to pay in order to reflect the cuts to the corporate tax rates that tax reform measures imposed late last year. MGIC said that its most popular plans have seen their rates cut by 11%, with CEO Patrick Sinks saying that the move came after having "seen our competitors offer reduced borrower-paid premium rates to many, but not all, customers." Despite assurances that the move won't put MGIC's capital position at risk, some shareholders had clearly hoped that the mortgage insurance company would keep more of its bounty from tax reform for investors.