Match up your dividends with your expenses.

If you're trying to generate portfolio income to help you pay monthly bills, then it's important to own investments that pay monthly income. But most dividend stocks pay dividends only once every three months, creating a challenge that requires you to budget accordingly to avoid potential problems in getting your expenses paid off in a timely manner.

In recognition of the need among some investors to receive monthly income payments, a select few companies have adopted a strategy of regularly paying their shareholders on a monthly basis. Among them are AGNC Investment (AGNC -3.00%), ARMOUR Residential REIT (ARR 1.25%), and Apple Hospitality REIT (APLE -0.57%). Below, we'll look at how these three stocks have done in giving dividend investors the reliable income they need. 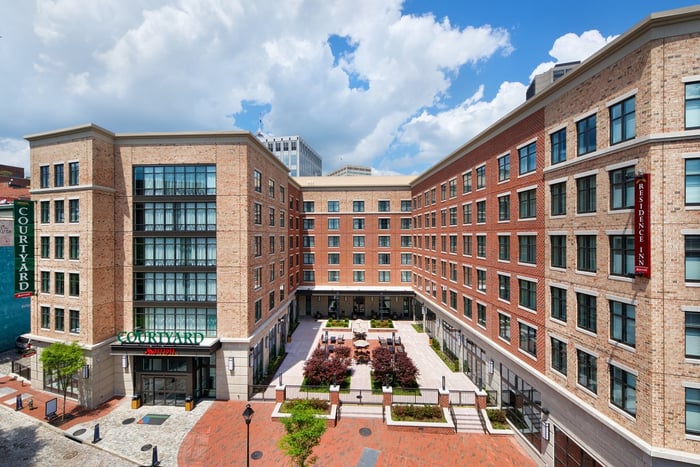 All three of these companies are organized as real estate investment trusts (REITs). These investment vehicles offer the tax advantage of not having to pay income tax at an entity level, instead passing through any taxable income and other attributes to their shareholders. For investors, the REIT structure is beneficial because in order to qualify, a company must pay out at least 90% of its income in the form of dividend distributions. That ensures that REIT investors can count on getting the lion's share of the profits each REIT generates on a regular basis.

Yet not all REITs have the same focus in terms of which types of assets they like to include among their investment holdings. As you'll see in greater detail below, AGNC and ARMOUR have chosen to concentrate on a somewhat more volatile part of the REIT sector, purchasing mortgage-backed securities in a highly leveraged manner and then counting on spreads between short-term borrowing and long-term investment to add up to ample income. Apple is a more traditional real estate investment vehicle, owning actual properties and seeking to maximize their value.

AGNC, ARMOUR, and the Fed

The big challenge that mortgage REITs like AGNC and ARMOUR face right now is the threat of higher interest rates. With the Federal Reserve now in the process of tightening monetary policy by raising short-term rates, the borrowing that mortgage REITs typically do is getting more expensive. That can cut profits and in turn reduce dividend distributions, creating a negative feedback loop that can lead to a major cyclical downturn for the industry as a whole.

We've already seen that trend play out with AGNC and ARMOUR. AGNC paid a dividend of as much as $1.40 per share quarterly as recently as the end of 2011 before engaging in multiple dividend cuts that slashed more than half of the payout amount in the span of just two years. In the fourth quarter of 2014, AGNC moved to a monthly payment of $0.22 per share, but measured reductions in 2015 and 2016 have taken that dividend down to its current level of $0.18 per share. AGNC has done a good job of managing its portfolio to lessen this risk, and the fact that the Fed has been slower in raising rates than predicted has helped the REIT out. With a current yield of about 11.5%, AGNC has plenty of margin for safety even if further dividend cuts occur.

ARMOUR has seen similar trends. The REIT has made monthly payments longer than AGNC, having started at the beginning of 2011. Yet in seven years, the monthly payout has fallen from $0.96 per share to just $0.19. Along the way, moves to raise capital have sometimes led to unattractive dilution for existing shareholders. Yet ARMOUR has seen its shares hold up reasonably well, and with a 9.7% yield, the company's experience bodes positively for the mortgage REIT space on the whole.

Apple Hospitality is a more typical real estate investment trust. It concentrates on the hotel and hospitality sector. Apple has a portfolio of middle-market select service hotels such as Courtyard and Homewood Suites, operating under various brand names. With more than 240 properties and 30,000 guest rooms, Apple benefits when business and leisure activity in the hotel sector flourishes.

Apple Hospitality has seen the same downward-sloping trend in dividend payments as the mortgage REITs discussed above, but not to the same degree. In 2012, Apple paid about $0.147 per share on a monthly basis, but after a few cuts in the ensuing years, the REIT settled with a $0.10 monthly payment per share, where it's been since mid-2015. That works out to a solid yield of nearly 7%, which is on the strong side for REITs with physical real estate assets rather than mortgage-backed securities.

Get the dividends you need

You can find stocks that pay monthly dividends to meet your needs. These three REITs are aggressive, but they've built up a good track record over the years, and they've gone through tough times before. Unless there are substantial unexpected changes in their respective markets, Apple, ARMOUR, and AGNC have the potential to keep delivering dividends for years to come.