Please ensure Javascript is enabled for purposes of website accessibility
Log In Help Join The Motley Fool
Free Article Join Over 1 Million Premium Members And Get More In-Depth Stock Guidance and Research
By George Budwell – Apr 10, 2018 at 9:28AM

Acadia's stock dropped hard yesterday on a report from CNN, but that doesn't mean it's time to buy.

Acadia Pharmaceuticals' (ACAD 0.03%) stock got walloped yesterday after a CNN report suggested that Nuplazid, the company's Parkinson's disease psychosis medication (PDP), may be tied to an increased rate of mortality among patients, and that the drug may not even be all that effective at treating hallucinations, as advertised. My Foolish colleague Brian Feroldi provided an excellent summary of yesterday's events here.

As a bargain hunter who loves a good sale, I'm generally all ears whenever a biotech stock drops by over 20% in a single session, especially when it craters on over-the-top reporting. And make no bones about it, this CNN report definitely has some serious flaws. But that doesn't mean Acadia is now a screaming buy. Let's take a deeper look. 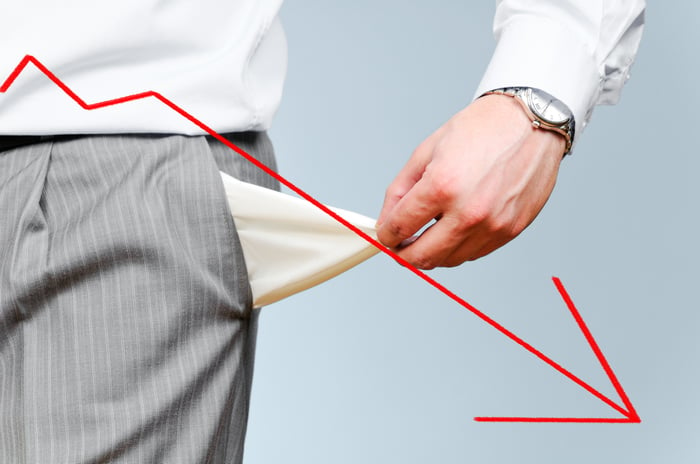 Personally, I don't see how it's newsworthy to report that patients who are 81.9 years old on average, and taking several medications with an advanced neurological disease, are passing away at an elevated rate when a new drug is added to their regimen. And the Food and Drug Administration (FDA), in its pointed response to CNN, stated as much.

Moreover, the agency has been closely monitoring Nuplazid's emerging real-world risk-to-benefit profile. And so far, regulators haven't seen fit to issue any type of new safety warning. This drug already has a highly restrictive label, after all. Acadia was quick to note these facts in its rebuttal to CNN yesterday.

Long story short, CNN's reporters took the overwhelmingly minority view of Nuplazid's risk-to-reward profile to argue that regulators were too quick to approve a potentially dangerous drug. In doing so, they left out the context in which this drug is being used, namely elderly patients with a number of co-morbidities. They also didn't provide any background about the serious unmet medical need posed by PDP, which is a key reason why regulators felt compelled to approve Nuplazid's New Drug Application on a single positive late-stage trial in the first place.

Point blank: Acadia's shareholders should take this report with a rather large grain of salt, to put it mildly. There is no evidence that the FDA is about to pull Nuplazid from the market, or change its label.

But this falling knife still isn't a buy

That being said, I don't think Acadia's shares are a compelling buy here, even after yesterday's bloodbath. The underlying reason is that Acadia's valuation has long built in a hefty premium under the assumption that the company would be acquired. I've discussed this issue at length here.

If anything, Acadia is now trading at fair value after this pullback, and that's assuming that Nuplazid's sales keep growing organically at a steady pace. In recent quarters, however, there have been some worrying signs that Nuplazid's sales are starting to flatten out. Acadia, after all, took multiple price increases on the drug last year and the company still missed consensus revenue estimates in the fourth quarter.

So, at best, Acadia is properly valued at present, but it could also be a value trap in the event Nuplazid's growth tapers off.

The other big issue is that a buyout scenario now seems to be a pipe dream. Nuplazid's efficacy has long been under question, so it'll probably need to produce stellar results in its ongoing dementia-related psychosis trial to change this perception. Big pharmas aren't going to open the checkbook for a controversial drug with a middling risk-to-reward ratio.

So while I do agree with Acadia bulls that the CNN piece was off base, I also think the drugmaker's radical revaluation yesterday was justified from a fundamental standpoint.