Shares of Blue Apron Holdings, Inc. (APRN -5.06%) tumbled last month as the meal-kit service continued to face a rising tide of competition across multiple fronts. Competitor news overshadowed the company's decision to change up its business model and begin selling its meal kits inside supermarkets. The stock finished the month down 28%, according to data from S&P Global Market Intelligence.

As the chart below shows, shares moved steadily lower over the course of the month on a steady drumbeat of bad news. 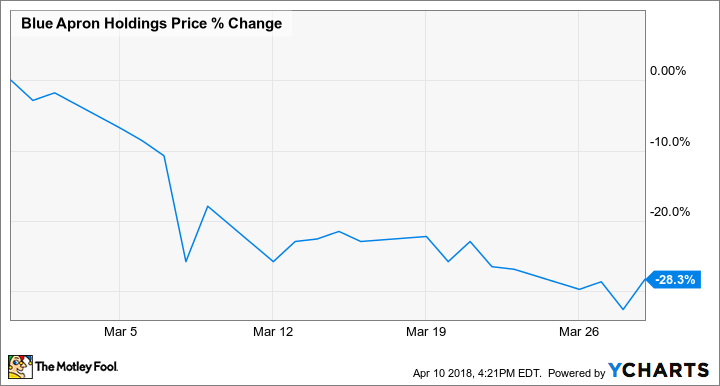 The trouble started for Blue Apron early in the month after Walmart, the nation's largest grocer, said it was planning to sell its own meal kits in its stores. Walmart said it was testing prepared meals at 250 stores at a price of $8 to $15 for two people, significantly cheaper than Blue Apron's prices, which start at $9 per person per meal. Later that week, the stock tanked again on news that Weight Watchers was launching its own meal kits in stores, yet another sign that meal kits were moving toward commodity status. 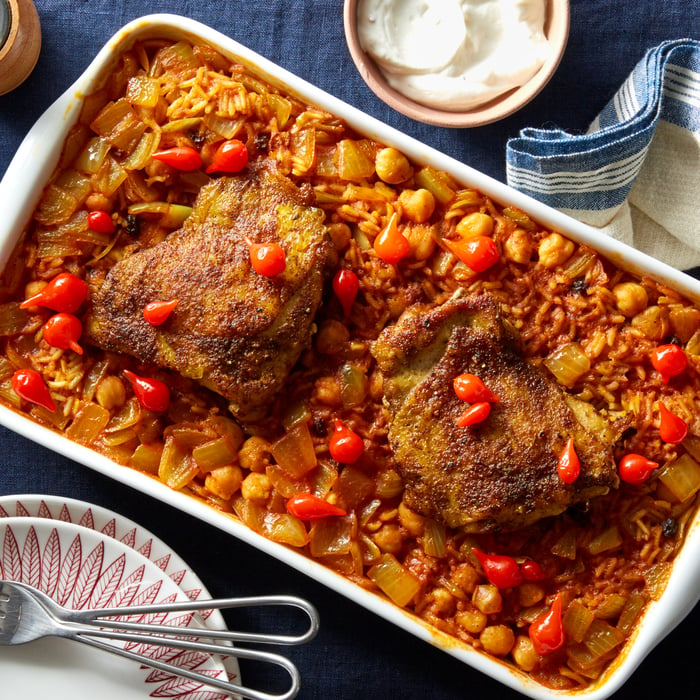 News that the company was planning to sell its own meals in supermarkets briefly stemmed the bleeding, but it also led to more questions about the viability of the company's core subscription service.

Finally, a strong earnings report from rival Hello Fresh at the end of the month added to the pressure on the company as Hello Fresh looks set to top Blue Apron in sales in the U.S.

Blue Apron shares continued to slide through April, losing 8% through April 10 as supermarket chain Albertson's said it would begin offering meal kits from Plated, the company it acquired last year, in its stores.

It's hard to believe Blue Apron has been public for less than a year. So much has changed in the meal kit industry as a number of companies have consolidated and big chains like Walmart and Amazon-Whole Foods are eyeing the space. Blue Apron has also had a hand in its demise with its own unforced errors. At this point, it looks like the only thing separating the company from competition is its brand, and considering revenue is now declining, that brand looks weak. With the stock now below $2, shares could still head lower.