Please ensure Javascript is enabled for purposes of website accessibility
Log In Help Join The Motley Fool
Free Article Join Over 1 Million Premium Members And Get More In-Depth Stock Guidance and Research
By Travis Hoium – Updated Apr 11, 2018 at 11:11AM

Gun sales are picking up as scrutiny hits the industry.

Shares of gun manufacturer Sturm, Ruger & Company Inc (RGR 0.47%) jumped 22.5% in March, according to data provided by S&P Global Market Intelligence, as gun sales began to pick up. After a tough year for gun stocks, there are some signs the industry is picking up again.

The FBI reported that background checks increased 4.4% in February to 2.33 million, the first increase year over year since August 2017. Momentum continued in March as well with background checks jumping 13.8% to 2.77 million. 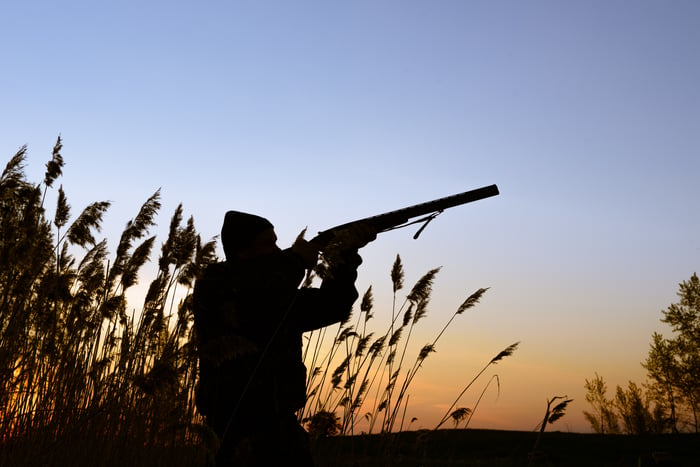 The increase in gun sales is likely due to state and federal scrutiny of gun regulations across the country. Florida had the most public change to gun laws, raising the age to buy a gun to 21 and extending the waiting period to three days. Historically, as gun regulation has been threatened, gun sales have gone up. So this is stacking on top of the increase in sales in February and March to drive the stock higher.

Short term, gun stocks may have some positive momentum, but they're still coming under pressure from multiple angles. The biggest money manager in the world, BlackRock, has said it's time to take action on guns and recently said it would offer funds that don't own gun stocks, including retailers. That could ultimately put pressure on gun stocks, offsetting the momentum shares had last month.