Please ensure Javascript is enabled for purposes of website accessibility
Log In Help Join The Motley Fool
Free Article Join Over 1 Million Premium Members And Get More In-Depth Stock Guidance and Research
By George Budwell – Apr 12, 2018 at 7:00AM

Viking's shares finally cooled off last month, but that doesn't make them a buy.

Shares of Viking Therapeutics (VKTX -1.85%), a clinical-stage biotech developing treatments for endocrine and metabolic disorders, dropped by 30.1% last month, according to S&P Global Market Intelligence. What's all the fuss about?

Viking's shares have been on an epic tear over the last few months, thanks to a positive phase 2 trial for VK5211 as a potential treatment for patients recovering from surgery to repair hip fractures. The biotech's shares thus appear to be simply cooling off after this sizable move. 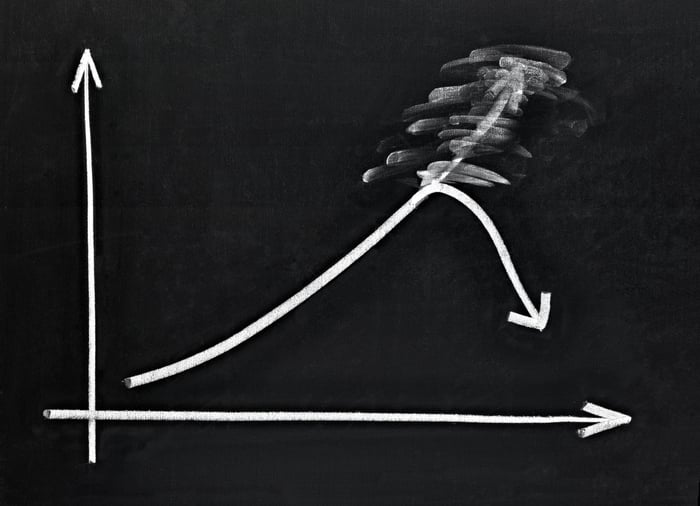 Viking is in the process of advancing multiple early- to mid-stage drug candidates in the clinic. As such, it wasn't surprising to see the company take advantage of its rising share price to tap the public markets for a healthy $78 million over the past few months. Unfortunately, these public offerings came at the expense of early shareholders, with the company nearly doubling its outstanding share count from roughly 26 million at the end of the fourth quarter to about 51 million at the end of February.

The big question for potential investors is whether or not the company is done diluting shareholders for the time being. Unfortunately, the answer to that question is almost certainly 'no.' Even after these latest capital raises, after all, Viking still had less than $85 million on its books at the end of February. That amount is nowhere near enough to advance VK5211 and its other earlier stage candidates at the same time. Viking is therefore either going to have to find a deep-pocketed partner or tap the markets yet again to meet its long-term financial needs.