The potential to earn income from these dividend-paying stocks might make now a good time to buy.

Tim Green (Target): Retailer Target has been making a lot of moves lately as it attempts to better compete with Amazon.com. The company acquired same-day delivery platform Shipt late last year; it announced plans to expand its Drive Up curbside pickup service to around 1,000 stores; and it began offering free two-day shipping for online orders over $35, with that minimum waived for Target REDcard holders. 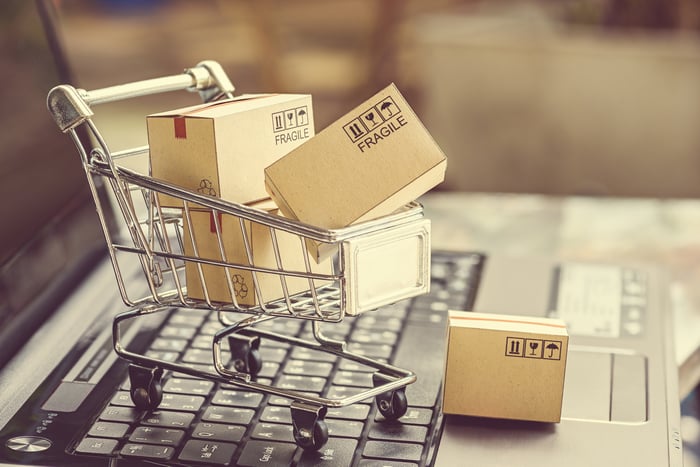 At the same time, Target's stores are performing surprisingly well. Comparable sales grew 3.6% during the fourth quarter, driven by a 3.2% increase in traffic. The company's investments in exclusive brands, which will replace about $10 billion of annual sales if all goes according to plan, seem to be getting customers in the door.

For Target investors worried about the company's ability to stay relevant in the age of e-commerce, the company's results and initiatives should quell at least some concerns. Target's dividend also looks relatively safe, eating up just 46% of earnings last year. The company has room to invest in its stores and e-commerce, which could pressure earnings in the short run, without threatening the dividend.

With a dividend yield of 3.4%, Target is a good high-yield option for investors confident in the company's strategy.

This company's been paying dividends for decades

Rich Smith (AT&T): If it's dividends you want, you can't go far wrong by investing in utility AT&T, which is perhaps the best-known utility in the United States.

In business since the break-up of the Bell Telephone Company in 1984, and thus a direct descendant of Ma Bell (whose own history stretched back well into the 19th century), AT&T today remains a solid dividend play, paying out dividends like clockwork, and raising those dividends with regularity.

AT&T's 5.6% dividend yield today means this stock pays you nearly three times the average dividend yield on the S&P 500. That may sound over-generous, and perhaps even unsustainable. But don't fret. With a payout ratio of just 41%, AT&T could easily double its dividend and not break a sweat.

In fact, give it enough time, and AT&T might just do that. As a Dividend Aristocrat, AT&T has been increasing the size of its payout for more than three decades straight. With plenty of room on its income statement to support higher payouts, and analysts forecasting respectable, 5%-plus earnings growth rates over the next five years, I see little reason to fear for the stability of AT&T's dividend, and every reason to expect it to grow over time. 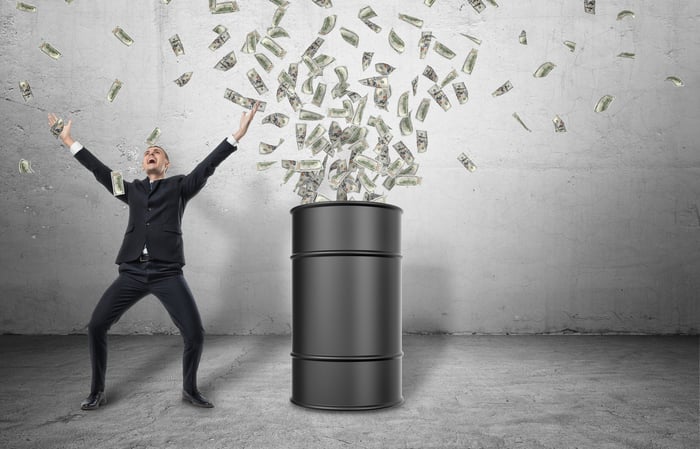 A bargain buy in energy

Todd Campbell (ExxonMobil): It's been tough sledding for energy stock investors. However, now could be the perfect time to stash away shares in leading companies like ExxonMobil on sale. Few energy companies have ExxonMobil's global reach and breadth of exposure to energy, and global economic growth provides tailwinds that could finally begin to get its shares moving in the right direction again. 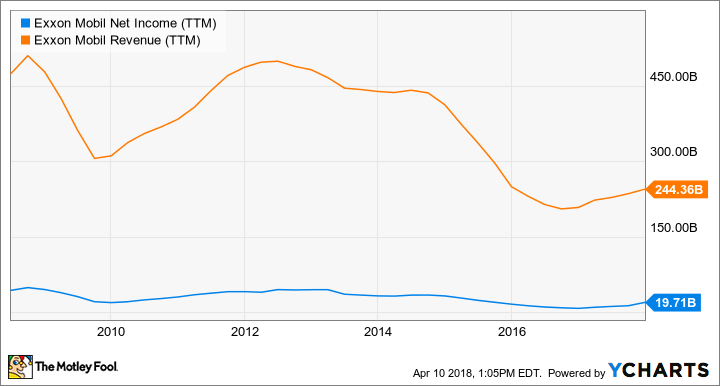 So far, that hasn't resulted in a higher share price, but that could change. Since the company reported Q4 revenue and earnings in February that were up, but shy of expectations, investors have punished the oil giant. However, selling ExxonMobil now could be a costly mistake. Yes, ExxonMobil's revenue and earnings per share were light of estimates, but they were far from disastrous.

There's reason to believe that long-term sales and profit will continue climbing too. In March, the company explained that the investments it's making today in areas like Guyana could pay off big for long-term investors. It plans on spending $24 billion on capital projects this year, $28 billion next year, and then up to $30 billion annually by 2025. In return, it hopes to more than double earnings and cash flow, and because, historically, its operating cash flow has increased by $1.20 for every $1 spent on capex, it should generate plenty of money to continue rewarding income investors. Currently, its forward dividend yield is a very healthy 4.1%, so I think its shares are a very interesting buy now.