Shares of LG Display (NYSE:LPL) fell 11% in March of 2018, according to data from S&P Global Market Intelligence. Being a component supplier to Apple (NASDAQ:AAPL) devices can be a double-edged sword, and the South Korean screen builder felt the sharp edge of that blade last month.

LG Display's shares have been moving in jumps and plunges in recent months, mostly upward as rumors crystallized to make the company a likely supplier of OLED screens for this year's new iPhone model. But when Bloomberg said that Cupertino seems to be pouring resources into developing its own MicroLED display technology, LG Display took a nosedive. The stock didn't fall quite as hard as OLED technology researcher Universal Display (NASDAQ:OLED) that day, but the two stocks obviously dove on the same bit of Apple-related speculation. 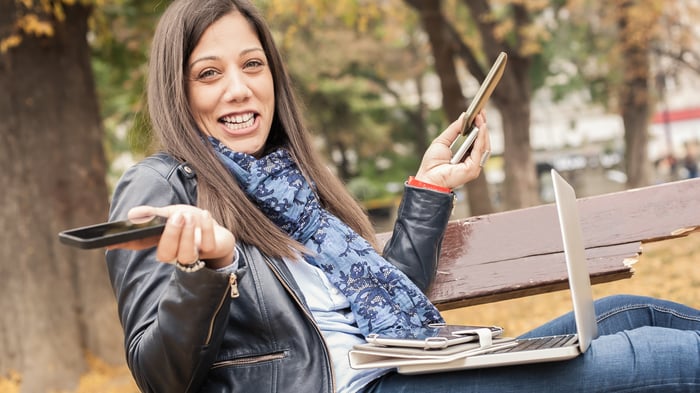 Even that inflammatory Bloomberg article said that MicroLED remains years away from hitting store shelves and consumer-ready devices. Punishing LG Display now for a technology shift in the far future sounds like a mistake. Furthermore, Apple isn't overly keen on running its own manufacturing facilities and will probably license out its newfangled MicroLED technologies to partners with screen factories when the time comes -- and LG Display would be one of the most natural choices there.

Ergo, LG Display shareholders have no reason to panic over Apple's shifting screen technology plans. Universal Display owners might end up sweating over a MicroLED revolution, if and when, but it's different for this company. LG Display is likely to remain a close Apple partner in the long run either way.