Learn which companies rose on better business conditions in their industry.

Friday was a topsy-turvy day on Wall Street, and major benchmarks eventually finished broadly lower on the day. After starting the session slightly higher, the Dow Jones Industrial Average fell nearly 1% at its worst point, and other indexes saw similar percentage losses. Earnings season got off to a reasonably good start as major U.S. banks reported their quarterly results, but the numbers weren't necessarily as strong as some had hoped to see. Even with uncertainty going into the weekend, some individual companies celebrated good news. Alaska Air Group (ALK 3.33%), Pulse Biosciences (PLSE 10.49%), and BJ's Restaurants (BJRI 2.91%) were among the best performers on the day. Here's why they did so well.

Shares of Alaska Air Group rose 6% after the airline reported its operational results for March. Alaska said that overall traffic increased 6.5% on a 7.2% increase in capacity, with load factors falling slightly to 84.9%. Regional traffic saw especially strong results, climbing more than 20% due to extreme expansion in capacity, but mainline service also had impressive growth of more than 5%. Those numbers were better than what investors have seen from other airlines, and shareholders hope that Alaska Air will be able to continue its upward momentum and either grow toward gaining greater share of the overall air carrier market or attract a buyout bid. 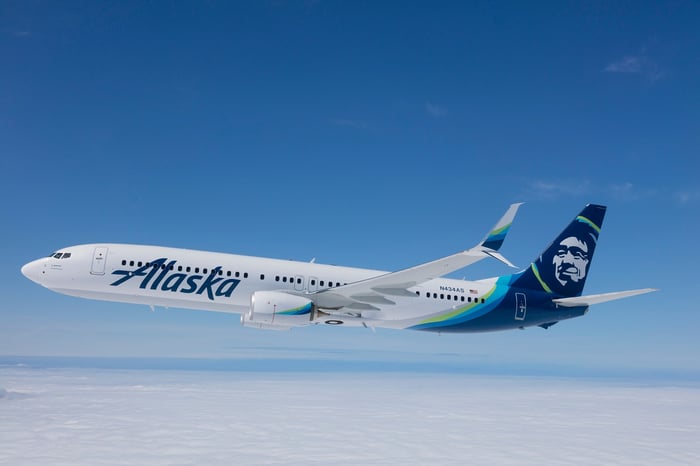 Pulse Biosciences stock picked up 10.5% in the wake of good news from a clinical trial. The electrical-energy-based therapeutic company said that clinical efficacy results from its first multicenter study of its non-pulse stimulation (NPS) technology to treat seborrheic keratosis lesions resulted in 82% of treated lesions being rated as clear or mostly clear after about three and a half months. An independent review of images scored a similar 71% percentage, while patients were satisfied or mostly satisfied in 78% of cases. Pulse sees the study as a landmark in showing the viability of the company's overall dermatology program, and investors seem to agree with the potential that Pulse has with its NPS technology.

BJ's gets a good review

Finally, shares of BJ's restaurants climbed 6%. The restaurant chain got favorable comments from stock analysts at Wedbush, which raised its price target from $48 to $52 per share. The restaurant space has shown some signs of rebounding after a long period of underperformance, and Wedbush believes that BJ's is likely to report better comparable-restaurant sales than most analysts expect. Moreover, the second half of 2018 could be even more favorable for BJ's. If BJ's can turn things around, then it could help support further gains for investors in the long run.