Activision has smartly used debt to boost shareholder returns, but the company has plans to begin paying it down.

If you compare Activision Blizzard's (ATVI 0.86%) balance sheet with its peers', one thing might jump out at you -- the Overwatch maker is saddled with a lot of debt. Electronic Arts (EA 2.79%) and Take-Two Interactive (TTWO 2.85%) have higher net cash balances even though Activision generates more revenue and free cash flow than they do, and has been doing so for years and years.

We'll review how Activision got to this situation, what its plans are to deal with the debt load, and what its pattern of using debt may say about its future growth plans. 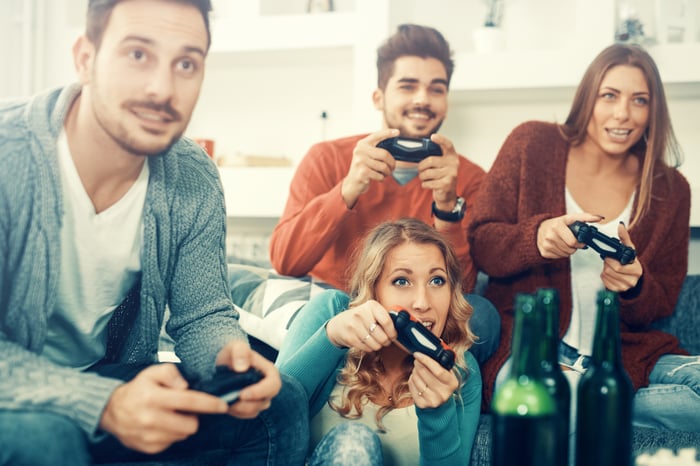 How Activision accumulated $4.4 billion of debt

Until 2013, Activision had been a debt-free business. Over the last five years, CEO Bobby Kotick has made two deals -- both financed with debt -- that have significantly contributed to the high returns shareholders have enjoyed over that time, but these deals also left the company with $4.4 billion in long-term debt. Take a look at this table, which shows how the company's cash and debt situation have changed since 2012.

Without these two transactions, Activision's stock price probably would not be as high as it is now. But that's not to say that it's in shareholders' interest for Activision to keep more than $4 billion of debt on its balance sheet, especially when archrivals Take-Two and Electronic Arts have accumulated greater net cash positions on their balance sheets, and delivered high returns to their shareholders, without doing big deals financed with debt.

With all kinds of opportunities being presented to game makers through esports, consumer products, and the need to reinvest in game development, not having as much cash puts Activision at a disadvantage in a fast-changing industry.

Management plans to pay down debt

Activision can afford to carry some debt since the company generated $2.058 billion in free cash flow flow in 2017 and that gives management ample resources to pay down debt while still investing in other opportunities and dishing out dividends to shareholders.

Management stated on the company's fourth-quarter conference call with analysts that they intend to pay down $1 billion of long-term debt in 2018. This is double what the company paid down in 2017, so it appears management is taking the first step to build a healthier net cash position. In addition, Activision is increasing the dividend payout 13% to $0.34 per share, which it can easily afford since the dividend is only 13% of Activision's annual free cash flow.

As Activision pays down debt, it could marginally increase earnings per share since paying down debt would also get rid of interest expense. Consider that interest expense has made up about 26% of Activision's aggregate net income generated over the last three years -- that's quite a chunk. Paying off all debt would essentially boost earnings per share by a similar percentage.

There is another reason worth mentioning which may explain why Activision wants to shed its debt. CEO Bobby Kotick has an incentive built in to his compensation agreement to make at least one more transformational transaction by 2021 similar to the ones he made with Vivendi in 2013 and King in 2016. Paying down debt may be in preparation to free up cash and make another deal that grows the company and ultimately benefits shareholders.

Having less debt will provide greater flexibility for management to pursue any opportunity that rewards shareholders, whether that's an accretive acquisition or increasing the dividend payout by a substantial amount.