The banking industry is doing better today than it has in years, thanks to rising wages, a growing economy, and interest rates that are slowly creeping higher and higher. In 2018, American banks will get yet another boost as a lower corporate tax rate sends more of their earnings power to the bottom line.

Look to the Great White North

Dan Caplinger (Toronto-Dominion): Most bank investors don't think much about financial institutions located outside the U.S., but there's something to be said for banks that have exposure to different economic factors. Toronto-Dominion is one of Canada's largest banks, giving investors exposure to an economy that withstood the financial crisis in the late 2000s far better than its American counterpart. Some have feared that the Canadian housing market might be overheated, especially in hot markets like Vancouver, but thus far, Toronto-Dominion and other Canadian banks have been able to avoid any cataclysmic problems.

Toronto-Dominion stands out for U.S. investors because it has an extensive presence south of the border. The company's TD Bank subsidiary primarily serves the Northeast and has quietly expanded its reach over time, seeking out a bigger presence in key markets like New York City. That has its pros and cons, as some investors prefer their Canadian bank exposure to come free of U.S. baggage. But with the Federal Reserve currently setting in motion interest rate policies that are likely to help banking operations in the U.S. in the years to come, Toronto-Dominion stands to keep getting positive contributions from its American division even as it keeps riding high on Canada's success north of the border. 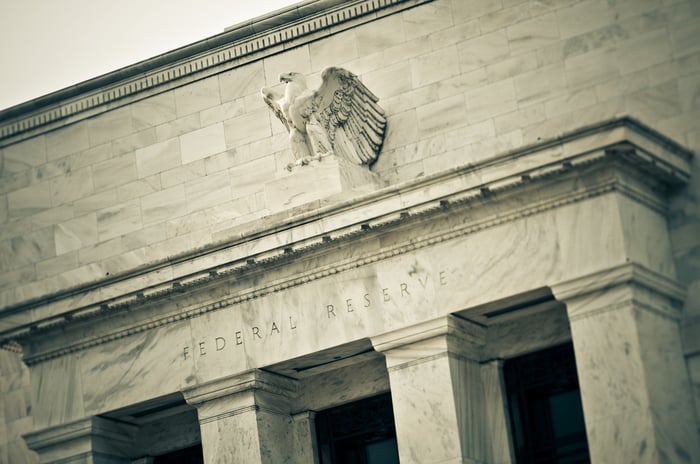 Returns you can bank on

Sean Williams (Citigroup): Though it may not be the most exciting or under-the-radar selection, I'd (once again) suggest that investors looking for a bargain in the financial industry consider banking giant Citigroup.

Gone are the days where Wall Street and investors feared a Citigroup earnings report during and immediately following the Great Recession. Citigroup's credit quality has improved immensely, and the global giant has diversified its operations throughout a host of countries. In fact, the company's 2017 10-K points out that 36% of the bank's total revenue is derived from emerging markets. Though this does leave Citi susceptible to the ebb and flow of emerging market economies, it also offers a chance for superior growth potential. Plus, a reasonable level of foreign exposure may help shield it from concerns about rising interest rates in the United States.

As noted, credit quality remains pretty consistent. Ninety-day delinquencies for its global consumer banking unit have been hovering between 0.69% and 0.8% for the past nine quarters. Furthermore, $242.3 billion of its corporate loans were considered investment grade at the end of 2017, compared to just $61 billion that aren't. While not impervious to a global slowdown, Citi is in far better shape than it was a decade ago.

And did I mention that Citigroup is cheap relative to its peers? It ended the first quarter with a reported tangible book value (TBV) per share of $61.02, yet it trades at around $71 per share. A bank valued at less than 1.2 times TBV certainly looks like a great value given that a two times multiple of TBV is often considered a fair valuation among bank investors. In terms of forward multiple, Citigroup is valued at less than 10 times its projected EPS in 2019.

To boot, the bank returned more than $3 billion to investors via share buybacks and dividends in the first quarter and more than $6 billion in the fourth quarter. Shares currently offer a healthy 1.8% annual dividend yield. I suspect patient shareholders will be rewarded nicely over the long run.

A bank stock many forget about

Jordan Wathen (Huntington Bancshares): This bank checks many of the boxes for a bank many investors will simply overlook. Huntington Bancshares operates primarily in slow-growing areas (Midwestern states), and it derives a substantial share of its loan portfolio from a very cyclical business line (auto lending for consumers and dealers). But these two facts are what make it attractive from a valuation and competitive standpoint.

Ohio and Michigan have largely been written off as unattractive places to run a bank, but I think there's some free upside here in a bet on the Rust Belt as acquisitions offer an ever-present opportunity for the bank to grow. Huntington's 2016 acquisition of FirstMerit proved to be a model for its grow-by-acquisition story. Thanks to their geographic overlap, Huntington was able to eliminate costly branches and essentially take on FirstMerit's loans and deposits while leaving many of the expenses behind.

And while many investors worry about Huntington's exposure to cyclical verticals such as auto financing for dealers and consumers, I believe this business is one of its best. It allows Huntington to make billions of dollars in loans with a small number of relationships and earn attractive returns on equity from a business line that has historically produced very little in the way of losses.

Huntington Bancshares is unlikely to be a bank stock that knocks the lights out, but it isn't priced for perfection, either. Trading for a little more than two times tangible book value, investors can buy a bank that should reliably produce a high return on equity while offering additional, if unpredictable, upside from acquisitive growth in its core Midwestern markets.