The industrial giant begins disposing of assets, but what does it say about the company's underlying prospects?

The recently announced deal to sell a collection of General Electric Company (GE -1.53%) healthcare IT businesses for $1.05 billion in cash marks the first major step in CEO John Flannery's restructuring of the company. Let's take a look at the key takeaways from the deal, and what it means for investors. 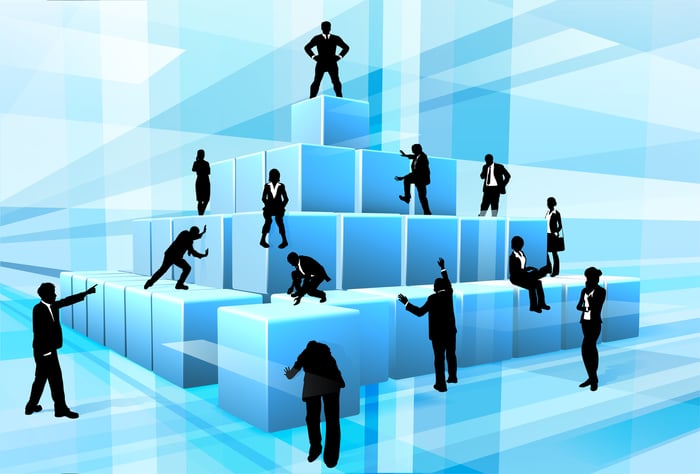 Positive, but needed for cash flow

The deal is a positive, as GE has pledged to divest non-core assets, but make no mistake: It's not a deal being made from a position of strength. In fact, it's arguably a deal being made to shore up a dividend GE could be under pressure to maintain.

Going back to the investor day presentation in November, Flannery told investors he planned to exit $20 billion in GE assets amid focusing the company on power, aviation, and healthcare. Plans included the sale of its transportation and current and lighting businesses, as well as the already announced deal to sell its industrial solutions business to ABB Ltd. (ABB -1.82%) for $2.6 billion.

In this context, the recent deal is notable for three reasons:

It's somewhat disappointing to see assets sold from GE's healthcare business, but given that Flannery used to run GE Healthcare, it's reasonable to give him the benefit of the doubt that this isn't a fire sale of cherished assets.

However, just as with the ABB/GE Industrial Solutions deal, the rationale for the acquirer is to invest in the business in order to take advantage of a growth market. The details of the ABB deal revealed a business (GE Industrial Solutions) with less-than-industry margin that needed investment in order to improve performance. Perhaps the recent deal is also necessary because GE should have been investing in the business but was cash-strapped thanks to weak total company cash flow generation.

The $1.05 billion deal is a positive start, but it serves to highlight that GE needs to make these asset sales in order to support its dividend. Moreover, GE may need asset sales just to support significant investment in other areas of its business. Let's run some numbers to see what's going on.

Going back to the investor update meeting, GE projected $6 billion to $7 billion in industrial free cash flow (FCF), excluding deal taxes and pension funding. However, GE plans to pre-fund its pension plan to the tune of $6 billion in 2018 -- the pre-funding is for 2018-2020. On this basis, it means GE would have less than $1 billion from FCF available in order to fund a $4.2 billion dividend payment. However, Flannery said GE would take on $6 billion in debt in order to finance the pre-funding. In other words, GE is taking debt on board in order to fund its dividend in 2018.

Looking deeper into matters, even assuming the pension funding is only $2 billion on an underlying basis for 2018 ($6 billion in pre-funding divided by three for the 2018-2020 period), the dividend/available FCF ratio would be in the range of 84% to 105% for 2018 -- a very high ratio. Moreover, the hit GE took on its insurance business and the need to make contributions in the future mean GE won't be getting any dividends from GE Capital "for the foreseeable future."

Asset sales need to be made carefully

Frankly, GE needs asset sales in order to solidify its dividend and fund future investment. However, they need to be made carefully and with precision because of the lack of strong FCF generation in 2018.

In addition, the fact that asset sales are highly likely to reduce ongoing FCF generation -- a particular concern because transportation, lighting (business intended to be sold), and healthcare are GE's highest FCF converting (from net income) businesses.

All told, the sale of some healthcare IT assets is a step in the right direction. However, it needs to be followed by significant asset sales in the segments (transportation, current and lighting) considered non-core by Flannery before investors can conclude that GE is making meaningful progress with its restructuring plans. Given how cash-strapped the company is right now, the company will need to do more with asset disposals in 2018 before making the stock a buy.