Shares of Celldex Therapeutics (CLDX 1.85%), a small-cap cancer company, are down by over 43% in pre-market trading today on extremely heavy volume. What's going on?

Celldex's shares are cratering in response to the news that its once promising triple negative breast cancer (TNBC) drug candidate, glembatumumab vedotin (glemba), failed to meet its primary end point of improving progression-free survival, compared to patients receiving capecitabine in the midstage trial known as METRIC. Celldex has decided to also abandon glemba's other ongoing clinical studies in the wake of this disappointing outcome. 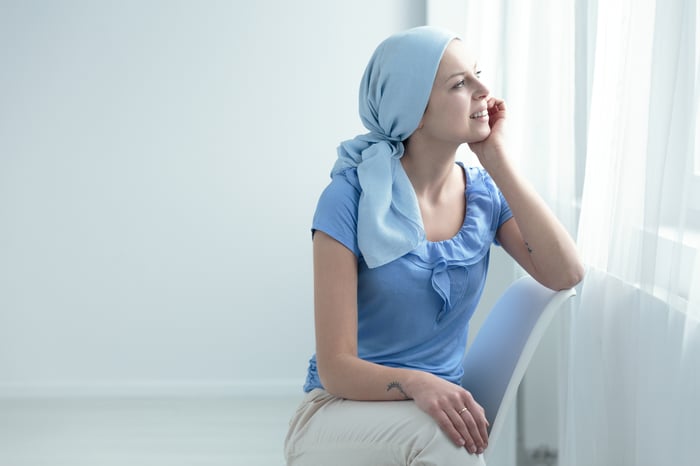 Glemba had the potential to transform Celldex into a commercial stage biotech by as early as next year. The company was widely expected to petition the Food and Drug Administration for an accelerated approval if METRIC was a success.

Unfortunately, glemba no longer is an obvious lead candidate as a stand-alone therapy after this clinical failure. The net result is that the biotech now appears to be years away from producing a drug capable of generating significant amounts of revenue.

The silver lining is that Celldex did prepare itself to some degree for a negative outcome in METRIC by advancing its earlier stage assets into human trials late last year. In the waning weeks of 2017, for instance, Celldex initiated clinical trials for CDX-3379 in recurrent head and neck squamous cell cancer, and CDX-1140 in solid tumors. In total, the biotech has five other clinical candidates currently in trials that could help to soften the blow from this latest setback.

That being said, Celldex is likely going to reassess its clinical program even further after glemba's failure. The company doesn't have the financial resources to advance all of these clinical candidates simultaneously. As such, it might be a good idea to shy away from this falling knife until the dust has settled.