Weak sales and some trouble with the bottom line have investors worried.

Shares of Sleep Number Corp. (SNBR -3.18%) slumped on Thursday following the mattress manufacturer's first-quarter report. The company missed analyst estimates for both revenue and earnings, driven by a decline in comparable-store sales and a drop in gross margin. The stock was down about 15.4% at 12:20 p.m. EDT.

Sleep Number reported first-quarter revenue of $389 million, down 1% year over year and about $8 million below the average analyst estimate. Comparable retail sales slumped 4%, partially offset by a 7% increase in online and phone sales. 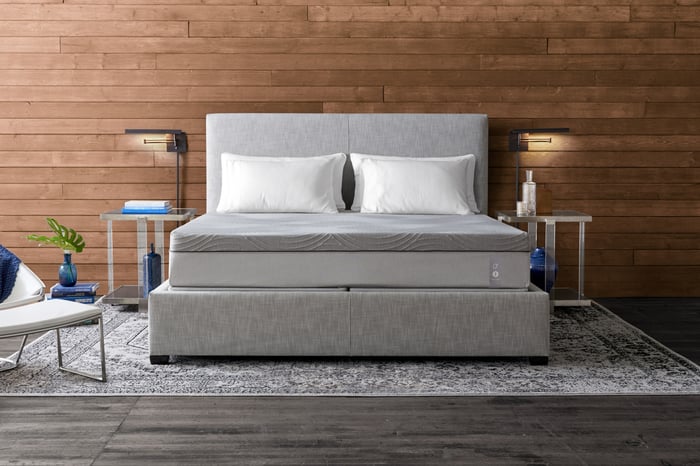 Earnings per share came in at $0.52, down from $0.56 in the prior-year period and $0.04 lower than analysts expected. Gross margin dropped 1.5 percentage points year over year to 61.6%, with the company blaming inefficiencies related to operating two supply chains as it transitions to its 360 smart beds.

Sleep Number President and CEO Shelly Ibach gave an update on the transition:

We are on track to complete the transition to our revolutionary Sleep Number 360 smart beds by mid-year. Our smart beds differentiate and strengthen our competitive position through measurably better sleep. We expect to benefit from the related growing enthusiasm for our brand and operating efficiencies as we progress our initiatives this year.

Despite missing analyst estimates across the board, Sleep Number reiterated its full-year guidance. The company expects mid- to high single-digit revenue growth, an effective tax rate of 25%, and earnings per share (EPS) between $1.70 and $2.00. The outlook assumes a slow-growth economy.

The company appears confident that its 360 smart beds will drive growth during the rest of the year, offsetting a weak first quarter. With the stock taking a dive on Thursday, investors don't seem convinced.