Many technology stocks don't pay dividends at all. But that doesn't mean the tech sector can't be a source of high-quality, high-yield dividend stocks. Pickings may be a bit slimmer than in other sectors, but there are still plenty of options.

If you're looking for high-yield stocks to buy, three of our contributors have some ideas. Here's why you should consider adding Corning (NYSE:GLW), Cisco Systems (NASDAQ:CSCO), and Seagate Technology (NASDAQ:STX) to your dividend portfolio. 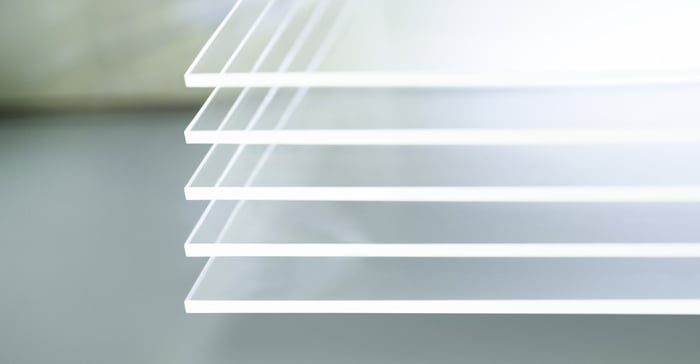 Steve Symington (Corning): Corning's annual dividend yield isn't exactly jaw-dropping, at around 2.6% as of this writing, but with shares down more than 20% from their 52-week high, the glass technology specialist's growing payout has become much more attractive than it was at the start of the year.

After all, Corning's drop came despite a stronger-than-expected quarterly report in late January, led by double-digit growth from its core optical communications segment as large enterprise and carrier businesses continue to invest heavily in fiber networking technology.

To be fair, some investors are concerned with a temporary decline in specialty materials sales. Management predicted last quarter that revenue from this smaller segment -- which notably includes its popular Gorilla Glass cover glass products -- will fall around 10% year over year in the first quarter of 2018. That's not indicative of a problem with demand, but rather was caused by the timing of orders from large OEMs that were aggressively building inventory late last year to support their respective launch cycles. As those OEMs continue to look to Corning to provide specialty glass on a slew of new products from smartphones to tablets and automotive innovations, this business will take a turn for the better in the coming quarters.

Finally, recall that Corning just passed the halfway point of its four-year strategic and capital allocation framework. Under that framework, the company is on track to not only invest $10 billion in future growth opportunities, but also to return more than $12.5 billion to shareholders through dividends and stock repurchases. Corning has pledged to increase its dividend by at least 10% each year through 2020.

For investors willing to take advantage of the pullback, I think now is a great time to consider opening or adding to a position.

Tim Green (Cisco Systems): Shares of networking hardware vendor Cisco Systems have more than doubled over the past five years. The dividend has grown right along with the stock price, just about doubling since early 2013. Based on the latest quarterly dividend payment of $0.33 per share, Cisco stock yields 3%.

That's not as high as some other tech giants. IBM stock yields over 4%, for example. But Cisco's transformation over the past few years, shifting toward subscriptions and recurring revenue, hasn't been nearly as painful as IBM's turnaround effort. Cisco put an end to a two-year streak of revenue declines when it reported its latest results in February, and its guidance suggests that its recurring revenue push is starting to pay off.

On top of improving results, Cisco is benefiting from the U.S. tax bill passed late last year. With the ability to now repatriate overseas cash at a low tax rate, the company boosted its share buyback program by $25 billion along with the dividend increase. This cash also gives Cisco more firepower for acquisitions, a key part of its strategy to diversify beyond switches and routers into areas like security and collaboration.

Investing in Cisco isn't without risks. The company's core business is constantly under threat from cheap commodity hardware and homegrown hardware efforts by large technology companies. The company has fought off the competition so far, but the future may be a different story. For dividend investors willing to accept those risks, Cisco is a nice high-yield option.

Meanwhile, Seagate developed higher-capacity HDDs to meet the demands of enterprise customers and service providers, which prioritize cost and capacity over raw speed to meet the demands of streaming media and cloud services. Seagate is also launching new hybrid drives, which merge SSDs and HDDs, and HDDs with built-in AI features for security and analytics.

That's why Seagate finally broke a multiyear streak of revenue declines with 1% sales growth last quarter. Wall Street expects its revenue and earnings to rise 1% this year, and for its earnings -- lifted by buybacks -- to grow 19%.

Seagate's dividend looks flimsy based on its payout ratio, but those payments only used up 55% of its free cash flow over the past 12 months. That means Seagate can keep paying its dividend, although it hasn't hiked that payout since 2015. Seagate isn't the ideal dividend stock for nervous investors, but misconceptions about its business have made it a cheap income play at 12 times forward earnings.