Please ensure Javascript is enabled for purposes of website accessibility
Log In Help Join The Motley Fool
Free Article Join Over 1 Million Premium Members And Get More In-Depth Stock Guidance and Research
By Demitri Kalogeropoulos – Updated May 2, 2018 at 6:24PM

Facebook is one of several tech giants set to post earnings results over the next few days.

Stocks managed slight gains last week, with both the Dow Jones Industrial Average (DJINDICES: ^DJI) and the S&P 500 (SNPINDEX: ^GSPC) ticking higher by less than a full percentage point as the latest earnings season kicked off. The increase left indexes modestly lower for the year after having been up by as much as 8% in late January. 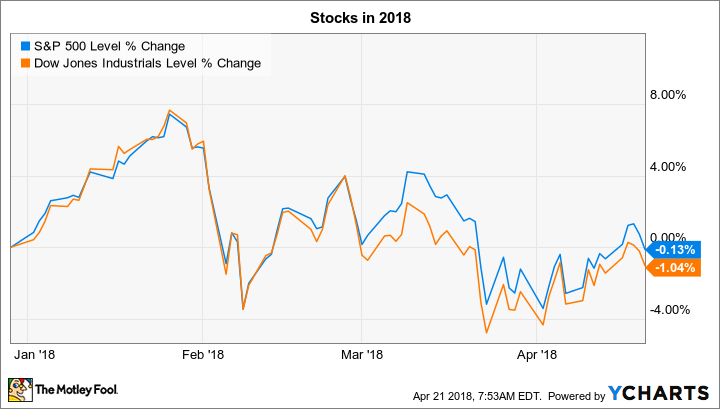 This week brings several highly anticipated earnings reports, especially among tech stocks. Below, we'll look at a few highlights that investors can expect from iRobot (IRBT -1.05%), eBay (EBAY -2.33%) and Facebook (META -0.54%) when they make their quarterly announcements over the next few days.

Robotic-vacuum specialist iRobot will announce its first-quarter earnings numbers on Tuesday. Investors punished shares in early February despite generally strong fourth-quarter results. Sales spiked 54% over the holiday season, management revealed, due to healthy demand for its Roomba franchise and positive results from a marketing campaign tied to its Braava mopping devices. 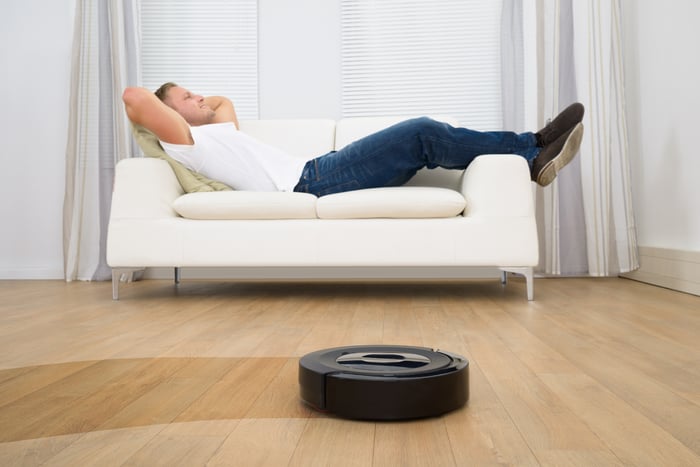 Yet iRobot is facing intense competition that threatens to chip away at its dominant market position just as robotic cleaning devices move into the mainstream. That challenge has convinced management to focus on market share by scaling up investments in research & development and marketing. The shift means profits are likely to be pressured over the next few years. Yet investors might accept that situation as long as it positions iRobot to take the biggest slice of the global robotic cleaning industry.

Investors are expecting good news from eBay on Wednesday. Its holiday sales period marked the fifth consecutive quarter of accelerating sales volumes at its core U.S. marketplace segment. The e-commerce giant also returned to solid growth in its StubHub division last quarter and managed a market-thumping operating margin of 31% of sales.

CEO Devin Wang and his team are predicting a slight decline in that profitability figure this year due to targeted investments in the business. Its estimated sales growth of around 8% is also far below the gains that investors are seeing with more integrated e-commerce giants like Amazon and Walmart.

However, eBay makes up for many of those shortcomings through its impressive finances. Its asset-light operating model generated $800 million of free cash flow last quarter, which translates into 30% of sales. Continued success like that should give the company plenty of ammunition to support a continued operating rebound while making shareholder-friendly moves like buying back shares.

Facebook will post what's likely to be the most heavily followed earnings report of the week on Wednesday. Its last announcement contained head-turning financial numbers including a 48% spike in advertising revenue and a 61% jump in operating income. But those operating figures aren't going to be the biggest trends to watch this week.

Instead, investors are eager to find out whether recent negative press about Facebook's data protection policies and practices has led to a decline in user growth, or whether Facebook fans just shrugged off the controversy and kept scrolling through their feeds. The social media giant last quarter posted a 14% boost in its audience as its footprint of daily active users passed 1.4 billion.

CEO Mark Zuckerberg, fresh from testifying in front of Congress, may discuss big-picture strategic shifts around responding to the data-sharing controversy. Yet, while there's been talk about the potential for a paid version of its service, that seems unlikely given how enthusiastically users have embraced the ad-supported model. It's more probable that the company announces new policies aimed at better protecting user data so that engagement levels continue to grow.

Editor's note: An earlier version of this article incorrectly stated the year-over-year growth of Facebook's net income. The article has been updated.