Please ensure Javascript is enabled for purposes of website accessibility
Log In Help Join The Motley Fool
Free Article Join Over 1 Million Premium Members And Get More In-Depth Stock Guidance and Research
By Brian Feroldi, Sean Williams, and Maxx Chatsko – Apr 25, 2018 at 6:00AM

Anyone who was smart enough to buy Netflix (NFLX -1.03%) at its IPO in 2002 and hold until today is sitting on a gain of 27,430%. That's a high enough return to turn a small amount of money into life-changing wealth.

So, which stocks do we think are capable of delivering gains like that for shareholders who buy today? We asked a team of investors to weigh in, and they picked SolarEdge Technologies (SEDG -4.31%), Proto Labs (PRLB -1.91%), and Tucows (TCX 0.45%). 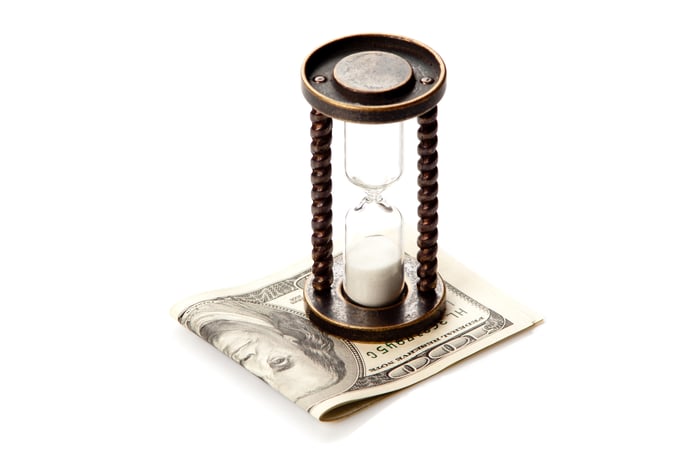 The company sells power optimizers, inverters, and software solutions that combine to create the "brains" of a rooftop solar installation. By simplifying the setup and optimizing power output, SolarEdge Technologies can add significant value to investments in solar hardware -- and it shows in the company's recent earnings.

In 2017, the niche hardware manufacturer delivered $607 million in revenue at 35% gross margin and grew operating income 28% compared to 2016. The business offers a rare combination of growth and profits, but even Wall Street was caught off guard by management's 2018 outlook. SolarEdge Technologies expects to report year-over-year revenue growth of 78% in the first quarter of this year.

While the stock has been on an absolute tear lately -- posting year-to-date returns of 43% -- the company is well-positioned to grow in lockstep with the broader solar industry. Considering the perennial double-digit growth rates of installations, there's no telling where this $2.4 billion company could end up in the long term.

This niche 3D-printing provider could be Netflix 2.0

Sean Williams (Proto Labs): Finding the next Netflix isn't going to be easy, but patient investors who are willing to stick around for a decade or longer could find that 3D-printing service provider Proto Labs is actually Netflix version 2.0.

The reason Netflix is so successful is that it listened to its customers and fit their demand for streaming content. It didn't reinvent the wheel. It merely offered a high-margin content service that few competitors have come close to matching. Proto Labs can do the exact same thing for the 3D-printing space.

The secret to Proto Labs' success is that it's not involved in the development and manufacture of 3D-printing machines. What we've seen from the likes of 3D Systems and Stratasys is that industrial demand for 3D-printers can ebb and flow. Wall Street and investors got their hopes way too high for 3D-printing demand between 2012 and 2014, and when consumer-based sales faltered and industrial demand waned, the industry was slammed.

However, Proto Labs is all about being an on-demand service provider for 3D-printing needs. It provides quick turnaround orders for prototypes or other 3D-printing needs for businesses and clients, making it something of a FedEx office for the 3D-printing space. Not having to spend as much as its peers on research and development, as well as not having to hang onto expensive inventory, is a big reason why Proto Labs' profits and growth haven't missed a beat.

Furthermore, Proto Labs isn't reliant on a single type of technology when receiving orders from customers. This gives the company the flexibility to use whatever production method best fits the bill for a small or large volume order.

Lastly, Proto Labs brings ease of use to the table, just like Netflix does for its members. The CAD/CAM design process can be confusing for businesses. With Proto Labs, there are no concerns about how to work the equipment since the entire process is handed off.

Looking ahead, Proto Labs is expected to nearly double its sales to an estimated $669 million by 2021, with earnings per share more than doubling to $4.39. This not only suggests rapid and consistent growth, but also margin expansion. Say hello to Netflix 2.0.

This stock checks all of the boxes

Brian Feroldi (Tucows): For a company to truly hold 100-plus bagger potential, it needs to meet a few important criteria:

One company that easily passes this test is Tucows.

Tucows operates three main businesses. First, it is one of the biggest providers of internet-domain registration services in the world. Second, it operates Ting mobile, which is a discount mobile-phone service in the U.S. Finally, it is rolling out a home fiber internet business.

With a market cap of just $600 million today, Tucows is certainly small enough to become a 100-plus bagger some day. Even if that happens, it would still just be a fraction of the size of telecom giants like Verizon Communications or AT&T.

As for growth potential, Tucows' Ting mobile currently services about 200,000 customers in the U.S. That's barely a rounding error when compared to the 224 million smartphones users that are active in the U.S. today (to say nothing of the tablet market). Meanwhile, Ting Internet is literally only available in three small U.S. cities. Needless to say, there's a massive amount of room left for future growth.

As for financial strength, Tucows internet-domain registration business is a slow-growing cash cow that kicks off profits that are being reinvested into the growth of Ting mobile and Ting fiber. Even with those heavy investments, the company continues to throw off enough free cash flow to buy back stock and pay down debt.

Finally, Tucows has grown like a weed over the last 20 years under the skillful guidance of CEO Elliott Noss. Long-term shareholders have benefited hugely from his leadership, and he owns about 7% of the entire business. That aligns his incentives perfectly with shareholders.

While it is far from certain that Tucows will ever produce the kind of gains that Netflix shareholders have enjoyed, I wouldn't rule it out, either.

3 "Expensive" Stocks That Are a Lot Cheaper Than You Realize

This Manufacturer Is Really a Tech Company in Disguise