Find out what the system-design toolmaker sees helping it move forward.

Engineers and scientists need a variety of tools in order to build high-performance systems, many of which focus on testing new ideas, measuring results, and building control systems that can help people make better use of those systems. National Instruments (NATI -1.70%) thrives when the companies that employ those engineers and scientists turn to its software-centered platform for assistance with their needs. With the industrial economy recovering, NI has seen rising demand for its expertise.

Coming into Thursday's first-quarter financial report, National Instruments investors were looking for solid growth in both revenue and earnings. NI's revenue gains weren't quite as extensive as many had expected, but the Austin-based company still thinks that there's ample opportunity for growth later in the year. Moreover, discipline in execution helped the company do well on the bottom line. 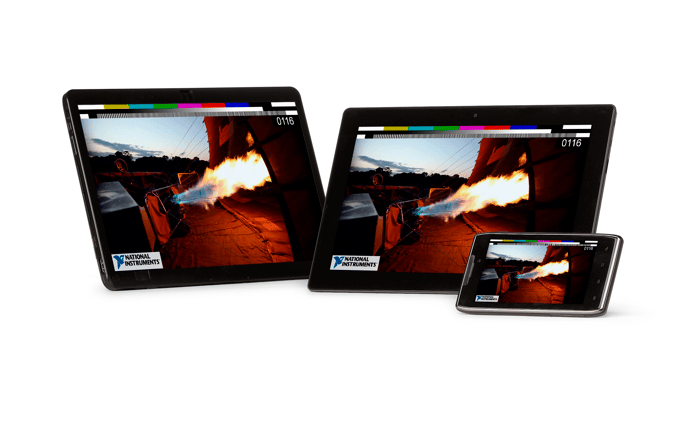 National Instruments' first-quarter results continued a string of records for the company. Revenue of $312 million was the most ever during a first-quarter period for NI, although the 4% growth was substantially slower than the consensus forecast among those following the stock. Still, adjusted net income jumped 26%, to $34 million, and the resulting adjusted earnings of $0.26 per share far exceeded the $0.19 per share that most investors were looking to see.

For the most part, NI's fundamental performance was consistent with what we've seen in recent quarters. Order flow growth came primarily from larger orders, with a 7% rise in orders above $20,000 compared to a relatively slow 2% rise in orders below that level. Software maintenance revenue climbed at a 10% pace compared to the year-ago quarter, compared with just a 3% rise in the key product sales area.

The most lucrative area for NI was Europe, the Middle East, India, and Africa, where currency impacts helped lift regional sales by 11%. By contrast, revenue was flat in the Asia-Pacific region, and growth in the Americas was limited to 1%. On a currency-adjusted basis, Asia-Pacific sales actually fell 4%, signaling a reversal of past success in that region.

CEO Alex Davern celebrated the results. "We believe our software-based platform is our most critical differentiator," Davern said, "and its continued growth signals strength in our market position." The CEO also pointed to the data acquisition portfolio as a key driver of NI's success, with the ability to provide measurements for many different industries across several applications and systems.

National Instruments expects that the positive momentum it has tried to generate will continue into the second quarter. As CFO Karen Rapp said, "We want to continue to deliver on our profit goals while continuing to increase our backlog to improve efficiency and visibility."

Along those lines, NI continued to project record results for the current quarter. Revenue for the second quarter should be within a range of $320 million to $350 million, and the company noted that the midpoint of $335 million would be a record for second-quarter performance. Adjusted earnings of $0.23 to $0.37 per share would compare more favorably with the consensus forecast among those following the stock than the revenue forecast, suggesting a continued disconnect between the pace of bottom-line growth and NI's capacity to boost sales consistently.

It's rare for National Instruments to respond immediately after results come out, and after-hours trading didn't show any big moves in the stock following the announcement. Weak sales growth is a short-term concern that many shareholders will have, but those who focus instead on profit should see plenty of opportunity for NI to come out on top in the long run.