Qualcomm's new chips apparently allowed it to snatch orders away from this key rival.

According to a new report from DigiTimes, which often posts accurate information about smartphone supply chain machinations, wireless chip vendor MediaTek had been "optimistic that its gross margin and revenues would pick up drastically during the second quarter of 2018."

That optimism was fueled by the expectation that top Chinese smartphone vendors Xiaomi, Oppo, and Vivo -- which collectively controlled an estimated 46% of the China smartphone market in the fourth quarter of 2017 -- were set to adopt MediaTek's latest Helio P60 applications processor.

Unfortunately for MediaTek, wireless chip giant Qualcomm (QCOM 4.39%) will be launching its next-generation Snapdragon 700-series smartphone processors "at highly competitive pricing ahead of schedule in May," according to DigiTimes, which says its anonymous sources have said that Chinese smartphone vendors "significantly cut their orders with MediaTek before turning to Qualcomm."

Let's go over some of the investment implications for Qualcomm if these rumors are true. 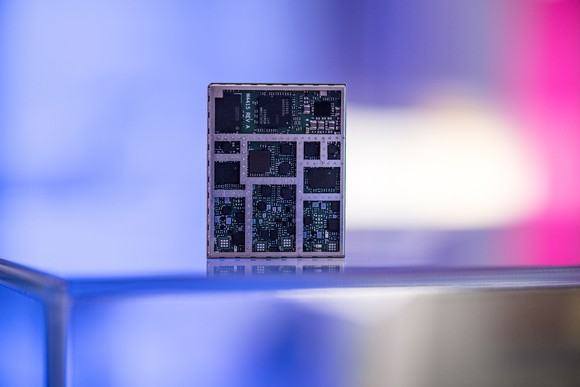 Although MediaTek develops capable products, the reality is that Qualcomm tends to be at least a step ahead of its smaller rival in terms of technology capability.

Qualcomm's cellular modem technology tends to be superior to MediaTek's, which is several generations behind Qualcomm's best in terms of features and capabilities, and Qualcomm leverages its expertise as a major vendor of chips for premium smartphones to strengthen the capabilities of its high-end, mid-range, and even low-end chips.

That technology superiority pays off for Qualcomm because the smartphone market is cutthroat, and smartphone vendors often don't want to put themselves at a competitive disadvantage by using inferior chips.

But Qualcomm's not in the clear

Since Qualcomm has such a strong technology position in its core wireless chip business, I don't think Qualcomm investors should worry that the company will lose significant share to MediaTek or other smaller wireless chip makers anytime soon. In fact, there's a good chance that Qualcomm can continue to gain share at the others' expense.

The real problems for Qualcomm's chip business are the following:

There's not much Qualcomm can do about a slowing smartphone market and that's just a fact of life that the company and its stockholders will have to accept. The second risk is that some of Qualcomm's key customers will choose to either vertically integrate (i.e., make their own chips), or that those Qualcomm customers that already have internal chip efforts will displace Qualcomm further from their product lines.

Key Qualcomm customer Samsung uses both Qualcomm chips as well as its own home-grown processors in its flagship smartphones. Huawei, too, seems to be shifting its product lines increasingly toward its own internally developed Kirin processors and away from Qualcomm's Snapdragon chips.

Even Xiaomi, a company that has benefited tremendously from Qualcomm's work in both chips and reference designs, is trying to build its own chips.

Considering that much of the industry's smartphone volume is consolidating to just a handful of vendors, and considering those vendors are going to try their hardest to find any and all points of differentiation as they battle for market share in a slowing overall industry, vertical integration continues to be a significant risk to Qualcomm's business.

The onus is now on Qualcomm to continue building technology that's compelling enough that the competition can't build anything that matches it, let alone beats it, for the foreseeable future.