The transactions processing specialist reported vigorous volume in each of its three major segments in the first quarter of 2018. 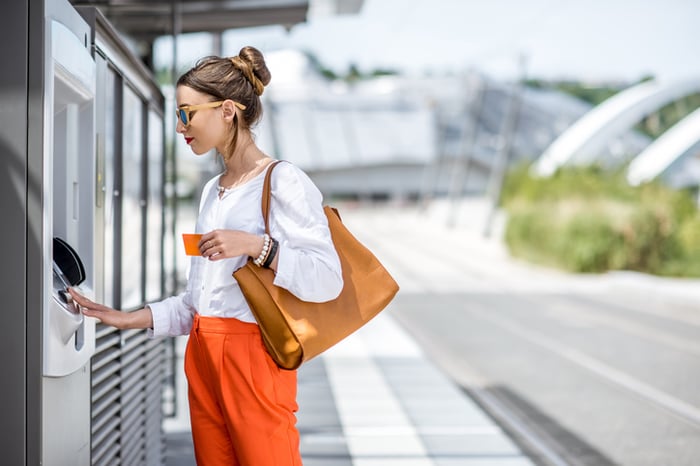 On Euronet's earnings call, Brown indicated that each of the company's major segments will continue to see healthy revenue expansion this year. The following is his succinct overview of the company's current segment opportunities -- and threats it faces:

EFT is well positioned to deliver strong revenue and earnings growth this year. We're committed to meet or exceed our 3,500 high-value ATM growth target this year, as well as rolling out other interesting new products. We're monitoring the DCC situation closely and will continue to be transparent as we gain more clarity. Epay continues to grow nonmobile and is further diversifying its product portfolio with interesting opportunities. Money transfer outlook is strong with significant growth in our Europe and Middle East businesses, and continued network expansion up to 350,000 [points of sale], notably in Asia. Our digital strategy is gaining traction, and our international payments business is recording double-digit growth.