The market is up in arms over the networking hardware specialist's light guidance. Here's what investors need to know.

Netgear's revenue climbed 6.6% year over year to $345 million, arriving at the high end of the company's latest guidance. That translated to adjusted net income of $20.4 million, or $0.62 per diluted share, down from $0.64 in last year's second quarter but beating expectations by $0.02 per share. 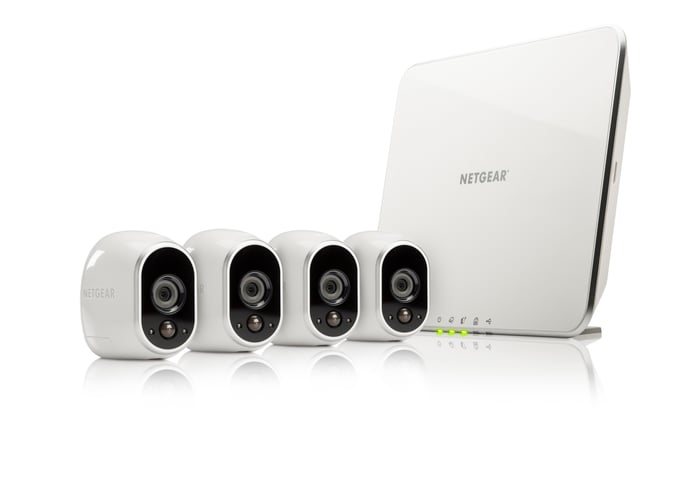 Revenue growth was driven primarily by Netgear's Arlo wireless security camera business -- which it plans to spin off into its own publicly traded company later this year -- where sales skyrocketed 58.5% to $96.2 million. Netgear also saw more modest 3.5% growth from its small- and medium-business (SMB) segment, to $71 million.

Meanwhile, Netgear's connected-home revenue fell 8.5% to $177.8 million. But Netgear CEO Patrick Lo noted that this larger segment improved its profitability during the quarter, and the company maintained its lead in the consumer Wi-Fi market with strong demand for its premium Nighthawk routers and Orbi WiFi systems.

Even so, Netgear told investors to expect second-quarter revenue of $340 million to $355 million, or year-over-year growth of 2.8% to 7.3%. But most estimates had modeled for Q2 revenue to come in near the high end of that range.

Netgear also expects its adjusted operating margin to fall to a range of 5.5% to 6.5% in the current quarter (from 7.5% in the first quarter), albeit primarily as a consequence of costs related to the separation of Arlo as it prepares for its initial public offering. In addition, Netgear is boosting spending on research and development for all three product segments.

It's hard to criticize Netgear for increasing R&D, which should ultimately help it increase revenue and take market share from larger competitors. And assuming the Arlo separation goes as planned -- while keeping in mind Netgear shareholders are expected to retain a more-than-80% stake in Arlo after its IPO -- both companies should end up better positioned to focus on growing their respective businesses.

So while the market might not be pleased with Netgear's results, I think patient shareholders have no reason to worry today.