Shares of Spectrum Brands Holdings Inc. (NYSE:SPB), the parent of brands like Rayovac, Remington, STP, and Armor All, were plunging today after the consumer products company badly missed estimates in its second-quarter earnings report. The company also announced that CEO Andreas Rouve would step down to be replaced by Executive Chairman David Maura. As a result, the stock was down 28.6% as of 10:55 a.m. EDT. 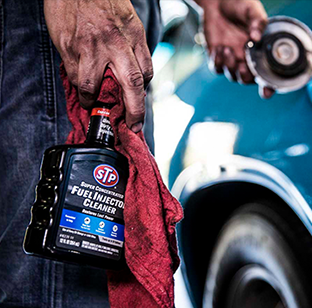 Spectrum said that sales from continuing operations -- which do not include its global batteries & appliances division, which is being held for sale -- increased 1.3% to $766.1 million. That was still significantly below analyst expectations of $798.8 million.

Gross margin in the period fell sharply from 40.6% a year ago to 35%, which the company blamed on start-up inefficiencies from certain facility consolidations as well as higher input costs, weather, and a pet rawhide safety recall. Operating expenses increased 11.6% due to costs related to acquisitions and restructuring, further weighing on profits.

Maura, the new CEO, acknowledged that the results were "very disappointing," but added, "We believe it is in no way reflective of the underlying earnings power of our continuing operations." As a further explanation, he said, "The challenges related to our two greenfield manufacturing and distribution projects were meaningfully greater than we expected."

Looking ahead, Spectrum said it expected sales from continuing operations to grow above category rates in most segments, but it sees adjusted EBITDA falling by about 9% for the year.

It's rare to see a normally stable consumer-goods stock fall so much in a single session. The company is more than 100 years old and has the kind of brands that would draw comparisons to household products stalwarts like Procter & Gamble or Unilever, and should eventually bounce back from the recent setbacks with a new CEO. Today's sell-off, which brings the stock to a four-year low, could present a buying opportunity.