Fears regarding increasing costs are spooking investors, but these investments will pay off in the long run.

Going into Alphabet Inc.'s (GOOGL 0.36%) (GOOG 0.30%) first-quarter financial results, the biggest question continued to be the cost of revenue, which continues to outpace revenue growth. The trend seen in previous quarters continued, and costs continue to escalate.

Investors didn't seem pleased, driving shares down nearly 5% in the aftermath. As I pointed out after last quarter's release, the company continues investing heavily in future opportunities, and those will pay dividends down the road. Let's take a look at the results to see what insight they provide. 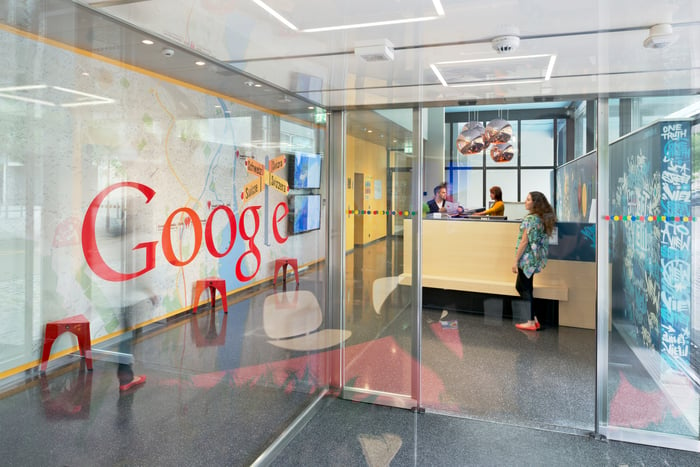 For the just completed first quarter, Alphabet produced revenue of $31.14 billion, up 26% year over year and 23% in constant currency, and beating analysts' consensus estimates for $30.36 billion. The company generated net income of $9.4 billion, though this figure was skewed as the result of an accounting change. Adjusted earnings per share of $9.93 jumped 28% over the prior-year quarter and soared past expectations of $9.28.

The massive increase in net income is partially the result of Alphabet adopting a new accounting standard. The new rule (ASU 2016-01 for you accounting buffs) changes how "companies account for equity security investments." In Alphabet's case, this includes its stake in Uber, though the company doesn't provide a specific breakdown. This pronouncement requires that these investments be remeasured at fair value, and the investment gains and losses included in net income (under OI&E). Investors should pay particular attention to this new requirement, as it will cause big quarterly swings in net income not related to the operation of the business.

In a trend that has been evident in previous quarters, both cost of revenue and expenses increased faster than revenue growth, pressuring operating margins, which dropped to 22% from 27% in the year-ago quarter.

Traffic acquisition costs (TAC), meanwhile, continued their trek upward to $6.3 billion, up 35% year over year and now account for 24% of Google's advertising revenue, from 22% in the prior-year period. It's important to note that the highest growth areas in search, namely mobile and programmatic advertising, carry higher TAC. That said, the company expects the pace of TAC growth to slow somewhat in the coming quarter.

The Nest unit, which produces thermostats and other smart-home products, has graduated from the "other bets" segment and is now reported in the Google Other segment, which includes the company's cloud computing, hardware sales, and Google Play. Results at the unit continued to shine, growing to $4.3 billion, up 36% year over year.

Revenue from Google's "other bets" category, which includes life sciences division Verily, and Google Fiber grew revenue to $150 million, up 13% year over year. The unit still produced an operating loss of $571 million, a 19% improvement from the $703 million loss in the prior-year quarter. 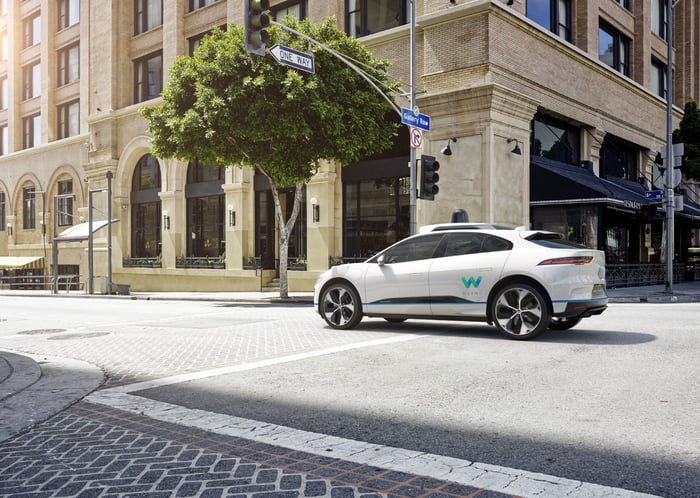 Waymo is on track to launch its ride-hailing program later this year. Image source: Waymo.https://medium.com/waymo/meet-our-newest-self-driving-vehicle-the-all-electric-jaguar-i-pace-375cecc70eb8

Waymo continues to make progress, having achieved five million miles driven on city streets, with the most recent million occurring over the past three months. Earlier in the quarter, the company announced a partnership with Jaguar, a division of Tata Motors. Waymo will be adding as many as 20,000 Jaguars to its fleet of self-driving cars. Testing is scheduled to begin this year on the I-PACE all-electric sport-utility vehicle, with the cars joining the fleet in 2020. The launch of Waymo's commercial ride-sharing service in the Phoenix metro area is on track and will be expanding to other cities in the near future.

CFO Ruth Porat pointed out on the conference call that the opportunity for revenue growth ahead of the company was "quite extraordinary and we remain focused on investment to support long-term revenue and profit growth." Google continues to focus on developing high-growth areas like cloud computing and hardware. The company also continues to focus on the nearly unlimited opportunities afforded by artificial intelligence, and more specifically machine learning -- which provides the foundation for products like Google Home.

While some investors remain short-sighted, the opportunities in cloud computing, self-driving cars, and hardware are truly staggering. It seems that investors looking to start or increase a position in this innovation leader are being handed a rare opportunity. In my opinion, take it before the market comes to its senses.