Walmart is anxious to get help in the race against Amazon in India.

Just as Amazon (AMZN 3.58%) announced its platform is the fastest growing marketplace in India, Walmart (WMT 0.08%) is said to be near closing a deal to take a majority stake in Indian e-commerce giant Flipkart.

Amazon and Walmart are both eager to become the "Amazon of India," and for good reason: India's e-commerce market is expected to hit $200 billion in 2026, up from $15 billion in 2016. That explains why both companies are willing to spend billions of dollars to gain a leg up in the country.

Winning the majority of India's e-commerce sales could be a game-changer, especially for underdog Walmart. While Alibaba (NYSE: BABA) has laid claim to the most populous country in the world, China, the second most populous country, India, is still up for grabs, and these two companies are in it to win it. 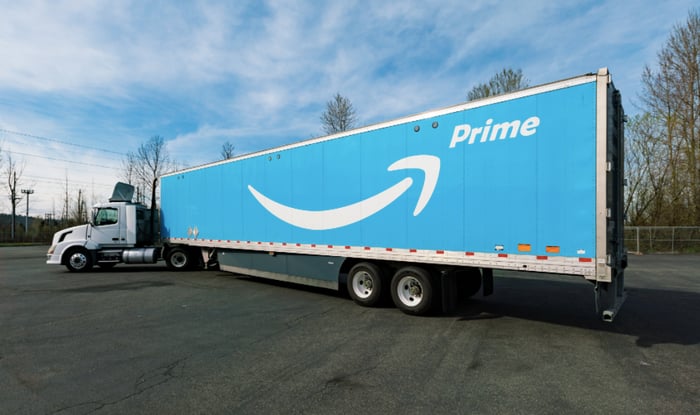 Amazon has been expanding its popular Prime services in India. Image source: Amazon.

In a recent show of prowess, Amazon CEO Jeff Bezos claimed in his annual letter (sent out April 18) that Amazon's shopping app was the most dowloaded app in the shopping category in India for 2017. That's in spite of Amazon.in launching in 2013, about 5.5 years after Flipcart. Amazon claims that India already holds Amazon's largest active customer base outside the U.S.

In its last earnings call, Amazon explained that to grow its business abroad, it's been employing the same strategy it used in the U.S., where it builds off the main e-commerce platform by adding Prime benefits, video content, devices, and AmazonFresh. India is getting the same treatment.

Amazon first launched its Prime program in India in July 2016, three years after first entering the country. While an annual Prime membership costs $99 in the U.S., it costs just $15 per year in India, where the per capita income is just a few dollars a day. In December 2016, Amazon added Prime Video to its India platform, and in February 2018, Amazon brought its Prime Music service to India.

Next up, Amazon plans to expand its grocery delivery services in India, according to Amit Agarwal, the India head of Amazon who recently spoke to Reuters. He said Amazon has already been experimenting with fresh grocery delivery on a limited scale in India, where household goods like soaps and cleaning products are already the top sellers. He predicts that groceries and consumables will account for more than half of Amazon.in's business within the next five years.

Amazon is after India's nearly 500 million Internet users as of 2018. The more Prime benefits that Amazon adds to its India operations, the more likely those Internet users are to adopt Amazon as their online platform of choice. So far, it seems to be working because Amazon.in added more Prime members in its first year than any previous geographical region's Prime program. Memberships are important for retailers because they create a sense of trust and loyalty with the consumer.

Walmart is close to finalizing a deal to buy a majority stake in Flipkart for at least $12 billion, and it might not be a coincidence that this is coming right as Amazon is lauding the growth of its India operations.

Started in October 2007, Flipkart lost $1.4 billion on $3 billion in revenue last year. The deal with Walmart, which is expected to close in the next two weeks, would value Flipkart at around $18 billion, The New York Times reported.

If the deal closes, it would be Walmart's biggest purchase in almost 20 years. In other words, Walmart is aware of how crucial India is to the future of online retail, with its population of 1.3 billion people, and is willing to go to great lengths to capture some of that market.

Walmart launched its first brick-and-mortar store in India back in 2009 and now currently has 21 Best Price Modern Wholesale stores. To shop at these stores, you must be a member, which seems to be an attempt to build customer loyalty just as Amazon does with its Prime membership. But Walmart didn't start getting serious about launching an online shopping platform in India until July of 2014, when it launched B2B e-commerce website www.bestpricewholesale.co.in, about a year after Amazon launched its own website in India.

If Walmart buys a stake in Flipkart, that would be a similar strategy to what it's doing in China, where it sold its Yihaodian Chinese e-commerce service in 2016 to JD.com in return for a 5% stake. Since then, Walmart has increased that to a 12.1% stake in JD.com. The two companies have been invaluable to each other by integrating their platforms, customer bases, and inventories. Walmart has access to JD.com's large base of online buyers, while JD.com can store its inventory in Walmart's physical stores. It's similar to the mutually beneficial relationship between Amazon and Whole Foods, which was 479 physical store locations.

If the deal closes, it's sure to light a fire under Amazon to perhaps speed up its timeline for offering free grocery delivery and other benefits to its Prime members in India. Either way, it's clear that Amazon and Walmart are both serious about focusing on India now so they can capture the potential $200 billion e-commerce market of tomorrow.