Expectations for Apple's (AAPL -0.11%) iPhone X were always high considering Apple dubbed it the celebratory 10th-anniversary edition of the original iPhone. Some investors thought it would prompt a "super cycle," or a big wave of upgrades from users of old iPhones.

But ever since the release of the iPhone X last November, there have been reports of weak demand.

Some of those reports are based on how well the companies that make iPhone components are doing. Several have reported weaker-than-expected forecasts and this has predictably sent a wave of fear through Apple investors that the iPhone X isn't doing so hot and that Apple's earnings, due out Tuesday, therefore might not be so hot. 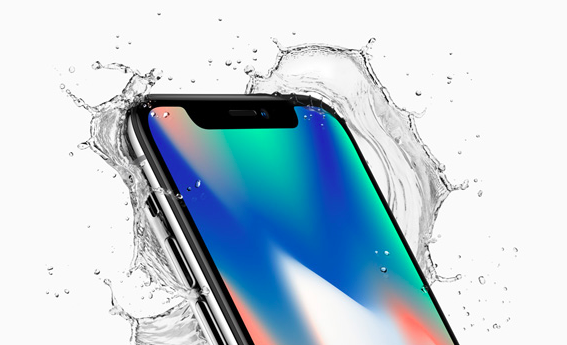 Apple's iPhone X is apparently proving to be a bit out of reach for frugal consumers. Image source: Apple.

Austria-based sensor maker and Apple supplier ams AG is the latest company  to worry Apple investors with its weak second-quarter forecast. The company expects to generate $220 million to $250 million in revenue, well below consensus estimates of about $350 million.

Ams AG's explanation for the disappointing forecast seemed to confirm that it was due largely to weak iPhone X volumes. According to Barrons.com, the company said that its production capacity was being underutilized due to "changes in major consumer program ..." and some people think this means that Apple may be cutting iPhone X production next quarter in favor of making more-affordable models.

This means all eyes will be on iPhone shipments and revenue, as well as overall revenue guidance, when Apple reports its March-ended quarter. It's very possible that Apple was overly optimistic about demand for the iPhone X and is now having to scale back production to a more normal pace. That doesn't mean the model failed, just that it didn't meet Apple's high expectations.

It's also helpful to look at Apple's last quarterly results, because it was in a similar situation prior to earnings last time as Apple's shares were hurt by a report from Nikkei Asian Review that claimed iPhone X production was cut in half for the first three months of 2018 to around 20 million units due to a lack of demand.

This report turned out to hold some weight because Apple reported a drop in iPhone shipments last quarter. Apple sold 77.3 million iPhones for the period, a drop from the 78.3 million iPhones sold in the same period the year before. However, the prior year's period did hold an extra week.

But despite the drop in iPhone shipments, Apple actually ended up reporting record-breaking revenue for its iPhone segment thanks to the jump in the average selling price for an iPhone to $796, up from $695 the previous year.

The fact that Apple's iPhone revenue went up while its shipments were down seems to indicate that a number of consumers were opting to buy the higher-priced iPhone X. In addition, Apple CEO Tim Cook aggressively defended the iPhone X against its detractors during last quarter's earnings call. He said that the iPhone X was Apple's best-selling phone ever since it launched on Nov. 3 last year and that the company was "thrilled with the reception."

But the problem with a flashy, expensive device like the iPhone X is that it might get a sales spurt in the first quarter after its release, but then sales can suddenly drop off after the devoted Apple fans have all upgraded. We should get some insight when Apple reports results this week.

Apple is too reliant on the iPhone

With the iPhone X marking the device's 10th birthday, it's a bit alarming to some investors that the company is still relying on the device for about two-thirds of its sales.

This is a problem because people are keeping their phones longer now that the market has matured and there isn't much change between smartphone models from year to year.

Apple is warming up to the idea of breaking away from its reliance on the iPhone. For example, its services revenue rose 18% to $8.5 billion last quarter. This segment, which includes Apple Music, AppleCare, Apply Pay, and other services, was Apple's second-highest source of revenue behind the iPhone last quarter. And soon, Apple will start releasing a deluge of original content on its Apple Music app, which should help its subscriber base continue to grow past the 40 million mark it hit recently.

The HomePod is another way that Apple is diversifying its revenue. Although the $349 HomePod may be running into similar sticker shock issues as the iPhone X, it's only been out for about four months, and some reports say Apple could release a lower-priced model this fall.

Apple is even said to be working on an impressive headset that combines augmented reality (AR) and virtual reality technologies for 2020. Investors will be tuning into this week's reports to learn what they can about how Apple's doing and where it's going.