Please ensure Javascript is enabled for purposes of website accessibility
Log In Help Join The Motley Fool
Free Article Join Over 1 Million Premium Members And Get More In-Depth Stock Guidance and Research
By Rick Munarriz – Apr 30, 2018 at 11:05AM

Marvel's "Avengers: Infinity War" is breaking records, but changes to MoviePass can hurt the film's prospects in the coming weeks and months.

Leave it to MoviePass to start tapping the brakes the weekend that Disney's (DIS 3.70%) Avengers: Infinity War opens. MoviePass began restricting users from repeat screenings of films over the weekend, something that may not seem like a big deal now, but will be an issue in the coming weeks when Disney needs the franchise's biggest fans to come out for repeat viewings.

MoviePass started to gain traction last summer after Helios and Matheson Analytics (HMNY 0.00%) acquired a stake that would eventually grow to 92% of the subscription service that lets members see as much as a movie per day for a set price. Under Helios and Matheson's aggressive growth strategy, the service that used to cost as much as $50 a month was slashed all the way to $9.95 a month. It helped catapult MoviePass into the mainstream, going from 20,000 subs to a whopping 2 million by early February. However, with MoviePass claiming earlier this month that it's running at a cash deficit of $20 million a month, it's starting to implement cost-saving changes that will curb its usage. Unfortunately, this comes just as some of Disney's biggest movies are set to hit a multiplex near you. 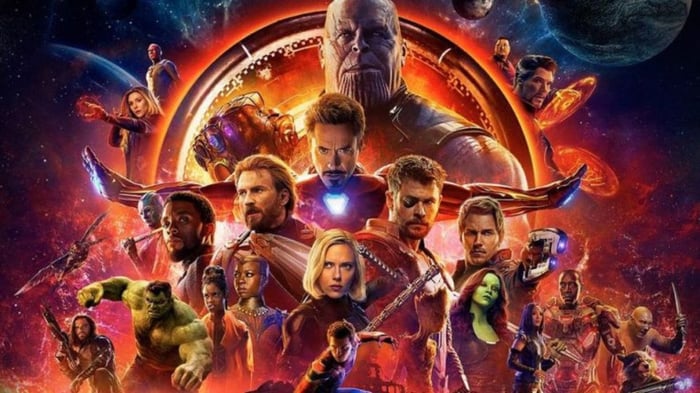 The Groot of the problem

MoviePass keeps making its service less compelling and more cumbersome. Beyond last week's move to prohibit repeat viewings, it's now requiring more of its members to submit photos of ticket stubs through its mobile app. MoviePass is based on a debit card that is authorized for the amount of the selected screening, and this is the service's way to prove that the money is being used for the actual movie being watched instead of on a future screening or concessions.

It gets worse. Two weeks ago MoviePass stopped selling its unlimited daily screenings plan to new members. Anyone signing up since April 13 has had to agree to a promotional deal that offers just four movies a month, bundled with a streaming music service. It remains to be seen if the unlimited "one a day" plan will be back, or if the change will trickle down to its existing members. MoviePass execs claim that just 12% of their members are watching more than four movies a month, but once the value proposition has been upended, subscriber growth should slow significantly.

No movie studio will feel the pain of the near-term obstacles that MoviePass is placing in the way of its product's usage as much as Disney. Avengers: Infinity War shattered box office records, ringing up an estimated $250 million in domestic ticket sales over its debut weekend. The real sting will come later when MoviePass members can't check out a repeat screening, or if they do maybe they'll ring up an admission for another movie in the same multiplex and just sneak in at Disney's expense. One can only imagine how overall movie theater consumption will suffer if MoviePass begins limiting the included screenings the way it is for new members. MoviePass was forecasting that it would be accounting for 20% of all tickets sold by the end of this year when it only had its unlimited plan available.

Disney's just getting started. Solo: A Star Wars Story is now less than a month away with Incredibles 2 following a few weeks later. Disney isn't the studio behind Deadpool 2 that opens in a couple of weeks, but as a Marvel franchise it does share in its success. Disney has a murderers' row of releases slated for the second half of the year as well.

Multiplex owners generally hate MoviePass because it devalues the product, but as MoviePass enacts cost-shaving moves to the platform's detriment, the theater owners may come to regret their initial displeasure. The MoviePass model is unsustainable, but if Helios and Matheson could've kept the party going until the end of the year -- when it was targeting 5 million members -- it would've had more sway as a dominant entertainment platform. It would have also helped Disney sell a lot more movie tickets in the coming weeks and months.