Please ensure Javascript is enabled for purposes of website accessibility
Log In Help Join The Motley Fool
Free Article Join Over 1 Million Premium Members And Get More In-Depth Stock Guidance and Research
By Jamal Carnette, CFA – Updated May 2, 2018 at 10:51AM

Leave it to Deadpool to spoil the party.

Despite his background as a television executive, Disney (DIS -2.60%) CEO Bob Iger's biggest contributions have been via the big screen. Iger's acquisitions of Pixar, Lucasfilm, and Marvel are now considered prescient, allowing Disney to offset struggles from the company's television division. The latter acquisition has been particularly lucrative with six of Disney's top-15 domestic grossing films attributable to the Marvel Cinematic Universe.

As successful as Marvel has been for Disney, the House of Mouse doesn't own the rights to the entire Marvel universe. Currently, 20th Century Fox owns the movie rights to X-Men and its line of derivative characters, although this will change when Disney's 21st Century Fox (parent of the 20th Century Fox studio) acquisition is completed.

This fact will be on display next month as Avengers: Infinity War's late-April release is on a crash-collision course with mid-May's Deadpool 2 release from 20th Century Fox. While the newest Avengers will most-likely beat Black Panther's total box office haul, it will not match its superhero record of winning the weekend box office for five consecutive weekends. 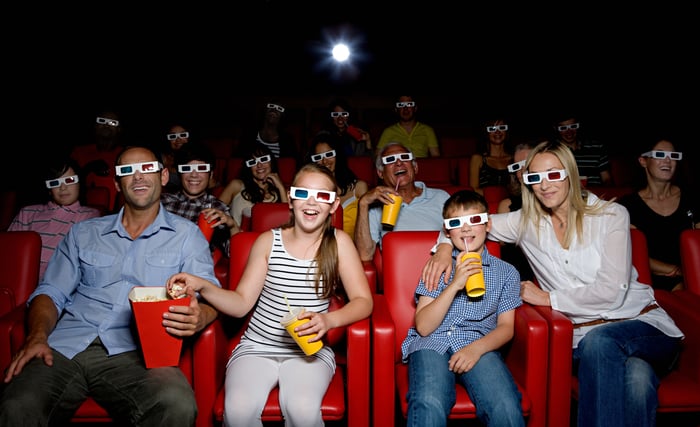 Deadpool will crash the party

To say there were high expectations for Avengers: Infinity War would be an understatement. But the film shattered even the loftiest expectations by pulling in $258.2 million domestically in its first weekend, the largest domestic box-office opening weekend ever for any film, demolishing the opening-weekend hauls from fellow superhero flicks Marvel's The Avengers from 2012 ($207 million) and Black Panther from earlier this year  ($202 million).

After its mid-February release, Black Panther went on to set a superhero record of five weeks leading the box office, and going on to become the largest superhero domestic box office ever. As of late April, Black Panther had grossed $688 million domestically.

It's likely Avengers: Infinity War will take in  more at the box office than Black Panther, but it won't surpass its box-office-leading streak as Deadpool 2 -- set to release May 18 -- will probably knock it off that perch.

The first Deadpool, a 2016 R-rated release, shattered modest expectations, going on to become the fourth-largest box office hit for the studio. Currently, Deadpool trails Avatar and Star Wars Episode I and II, which were released by Fox before Iger purchased the franchise in 2012, on the 20th Century Fox list. Analysts expect a $150 million open for the latest Deadpool film which will, barring extraordinary events, top the three-week old Avengers film.

Once Disney closes on the 21th Century Fox acquisition, it will unite the bulk of the Marvel Cinematic Universe, the notable exception being Sony's rights to Spider-Man. But that doesn't mean it will be blockbuster sailing at the movie theater.

How to make money from superheroes

Disney studio's biggest risk isn't hero fatigue, but rather movie fatigue in general. Last year total domestic box office gross was $11.1 billion, 2.7% lower than the prior year. However, the figure was aided by an increase in the average price of a ticket. At 1.2 billion, total tickets sold fell to levels not seen since 1992, when the population was approximately 25% smaller.

Disney continues to double down on its big screen strategy by adding 20th Century Fox to Iger's earlier acquisitions. Last year, Disney's host of studios made $2.4 trillion domestic and 20th Century Fox reported $1.3 trillion. Combined, both studios were responsible for one out of every three dollars of domestic box office gross in 2017.

While Disney will be afforded the ability to better plan dates to avoid head-to-head competition, industry dynamics will eventually limit the number of films the studio can release. It's likely the company understands this and is betting on additional monetization methods like growth in premium video on delivery, its soon-to-be-established streaming service, and new theme-park attractions to wring value out of the Fox studio assets.