Please ensure Javascript is enabled for purposes of website accessibility
Log In Help Join The Motley Fool
Free Article Join Over 1 Million Premium Members And Get More In-Depth Stock Guidance and Research
By Jason Hall – May 2, 2018 at 8:32AM

The athletic apparel and footwear maker is stabilizing its U.S. business, still growing overseas, and making progress on a major restructuring effort.

Expectations were pretty low for Under Armour Inc. (UA -8.31%) (UAA -9.77%) in the first quarter, which it just reported on May 1. Investors were looking for an adjusted loss of $0.06 per share and sales of just over $1.1 billion, and the company beat those expectations, reporting revenue of $1.2 billion, while managing to break even on a non-GAAP basis.

But even with those bright notes, Under Armour continues to be a company in flux, reporting losses on a GAAP basis as it invests heavily to restructure and refocus its business on profitable growth. In other words, 2018 remains a year of significant transition. Let's take a closer look at what we can learn from the earnings report and management's call with analysts. 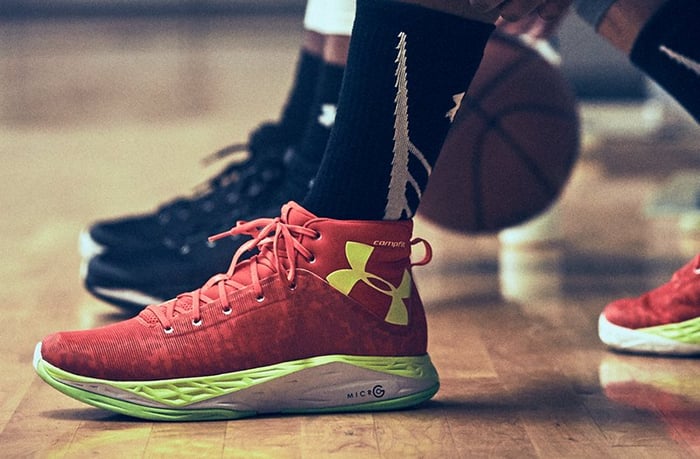 Under Armour started turning the corner last quarter, but posted even better results in many key categories to start 2018. After a 3% decline to end 2017, wholesale revenue increased 1% in the first quarter. The company also reported 17% growth in direct-to-consumer sales, an acceleration from Q4's 14% jump. These were key contributors to the company's stabilization of North America sales in the quarter. While they still fell 1%, it was the company's best quarter at home in nearly a year.

International sales continued to deliver strong growth. Sales were up 27% in EMEA, up 21% in Latin America, and 35% in Asia Pacific. The company reported its best sales gains in apparel, with revenue up 7%, versus 1% for footwear and 3% for accessories. The company said that sales were strong in men's training apparel and accessories as well as the running shoe category, while sales in team sports (basketball, baseball, American football) and global football (soccer) shoes were weak.

Despite the positive gains in sales, Under Armour continues to face weaker profitability. Gross margin was 44.2%, down 120 basis points from last year, primarily related to restructuring expenses, particularly efforts to improve the company's inventory management. When adjusted for $8 million in expenses related to restructuring, and other expenses, Under Armour said gross margin would have been 44.8%, 60 basis points below last year's result.

In all, the company took $37 million in restructuring and impairment charges in the quarter, roughly in line with what management said to expect on the earnings call during the prior quarter. These charges were the primary driver behind its $29 million operating loss and $30 million net loss. Adjusting for nonrecurring items, Under Armour would have generated $16 million in positive operating income and about $1 million in adjusted net income.

The company held firm on its full-year guidance for low-single-digit revenue growth and operating income of $20 million to $30 million. Adjusting to exclude restructuring-related expenses, full-year operating income is expected to be $130 million to $160 million, while adjusted earnings are expected to be between $0.14 and $0.19 per share. The expenses the company is taking as it restructures are related to cost-cutting efforts, but Under Armour isn't just cutting its way to higher profits.

Sales, general, and administrative expenses (or SG&A) increased 3% in the first quarter to $515 million, due to increased investments in its direct-to-consumer, footwear, and international businesses. This works out to about $14 million in additional spending, but was actually a smaller portion of revenue than the company spent on SG&A year over year, but primarily because of timing from some marketing spend that will carry into Q2. Furthermore, the goal of this incremental spending is to leverage where the company has the best momentum and market opportunity for continued -- and profitable -- growth. Under Armour is also investing to change how -- and how quickly -- it brings products to market, an effort being led by new Chief Operating Officer Patrik Frisk.

On the earnings call, management said to expect a slightly larger operating loss and an adjusted loss per share of $0.09-$0.10 in the second quarter. Three things will drive the bigger loss: the timing of marketing spend mentioned above, as increased international store and direct-to-consumer expenses as that business grows, and the majority of the remaining restructuring expenses, the bulk of which will occur in the first and second quarters. By year-end, Under Armour expects to generate gross margin of 45.5%, which would be up sharply from the first quarter.

If the company can drive down expenses while also becoming more agile at developing and marketing products, that would bode well for earnings growth. But it's not going to happen overnight, and investors will need a lot of patience over the next year.