Please ensure Javascript is enabled for purposes of website accessibility
Log In Help Join The Motley Fool
Free Article Join Over 1 Million Premium Members And Get More In-Depth Stock Guidance and Research
By Travis Hoium - Updated May 4, 2018 at 11:44AM

A lack of new games didn't hold it back in the first quarter of 2018.

The first-quarter earnings release from Activision Blizzard Inc. (ATVI -0.84%) had a little more drama than we would usually expect from a public company. Dow Jones "inadvertently" published some details of the earnings announcement, which caused the trading of shares to be halted and Activision Blizzard to release its quarterly results at about 3 p.m. EDT, an hour before the market closed.

Shares were volatile when earnings started to leak, but luckily that volatility doesn't affect Foolish long-term investors, who care more about the direction of Activision Blizzard's business. So, let's get to the numbers. 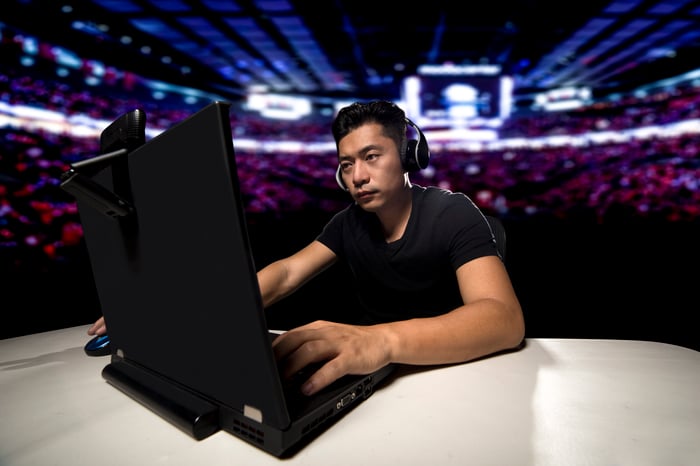 An esports player in a stadium. Image source: Getty Images.

At a high level, results were very strong. But when we dig into the segment operating metrics, we can see what exactly is working well for Activision Blizzard.

Esports was a big focus for Activision Blizzard in the quarter, with the launch of Overwatch League and continued growth of Call of Duty World League and the MLG network.

One comment during the conference call stuck out as indicating what management sees as the future of video games and esports. CEO Robert A. Kotick said:

The Overwatch League continues to thrive, and our players are getting even broader recognition of their incredible talents in mainstream media. We see even greater opportunity with the playoffs and Grand Finals still to come. And we've begun sales of our next round of Overwatch League teams. And over time, we believe our esports initiatives could rival traditional sports for audience interest, advertiser interest, sponsors, ticket sales, and merchandise sales, both virtual and physical.

The idea of building stadiums around the world for esports and people buying merchandise on a mass scale may sound crazy, but the Overwatch League is already moving in that direction. This could be the future of Activision Blizzard's business.

After another strong quarter, the focus for Activision Blizzard turns to Activision's May 17 reveal of Black Ops 4, which will be released this fall. It's a highly anticipated launch and could set up the Activision segment for a strong second half of 2018.

The other thing to keep an eye on is engagement in Overwatch League, which begins playoffs in June; $1 million in prize money will go to the champion, which should draw even more viewers than the 10 million who watched opening weekend. That's when we could see the real potential of esports for Activision Blizzard.