If you are an investor in Magellan Midstream Partners (NYSE:MMP), you aren't in it for the thrills of rapid growth and skyrocketing stock prices. Instead, you're probably looking for a consistent, reliable business that will continue to churn out cash. If that is the case, then this past quarter's earnings report was right up your alley. By no means was it exciting, but it was another quarter of delivering consistent results.

Here's a look at Magellan's most recent earnings report and what investors should make of the company as of late.

While not quite as good as the prior quarter, Magellan's first-quarter results were respectable in their own right. The company recorded higher transportation volumes in both its refined products and crude oil segments, and management even raised its guidance for 2018 distributable cash flow. Net income was down slightly because of two one-time adjustments totaling $26 million. One was related to an accounting error from one of its actuaries that calculated pension valuations, and the other was for revaluing some commodity price contracts. These pricing contracts, known as mark-to-market adjustments, typically offset themselves throughout the year.

Breaking down the business by its various segments, it's pretty clear that its crude oil segment has been the driver of better results. Not only has Magellan been adding several new assets to this segment, such as its condensate splitter in Corpus Christi, Texas, but volumes for its two Permian Basin pipelines have been very strong lately. The one business that has been weak lately has been its marine storage segment, which is still incurring some higher maintenance costs to repair storage tanks damaged by Hurricane Harvey back in the third quarter. 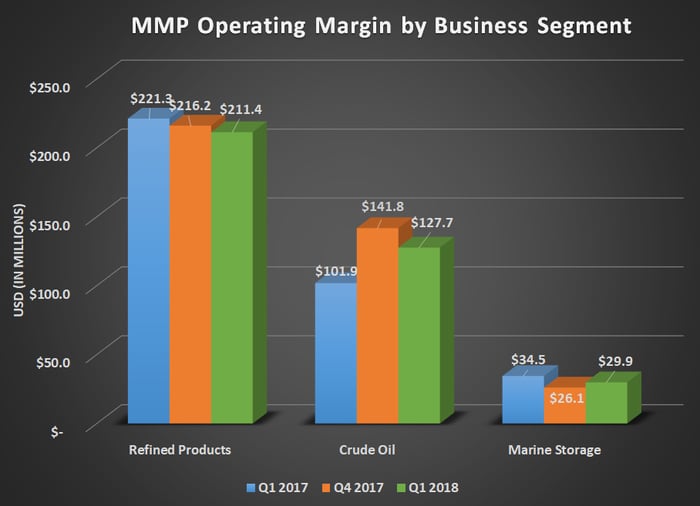 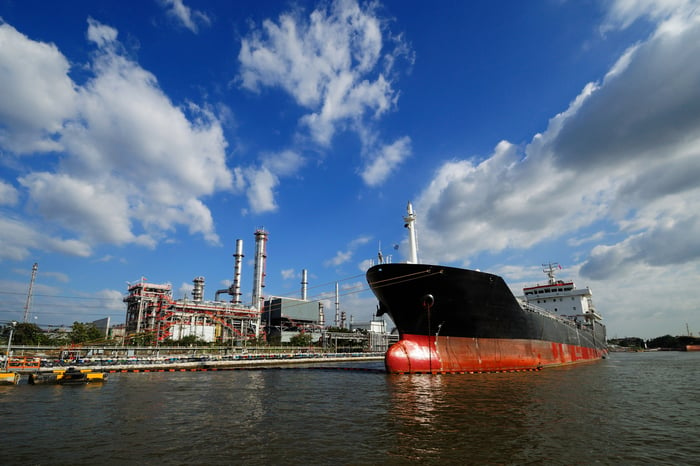 Magellan just held its analyst day conference last month, so CEO Michael Mears' press release statement was brief. In it, he gave a high-level overview of the company's outlook and why he and his team were comfortable raising guidance.

Magellan kicked off the year 2018 with solid financial results and strong demand for our fee-based transportation and terminals services. Our outlook for the remainder of 2018 has strengthened based on favorable market conditions for refined products and crude oil pipeline shipments, combined with an improved commodity pricing environment. Looking beyond the current year, we remain optimistic about a number of potential expansion projects in advanced stages of review that could further benefit Magellan's future results. 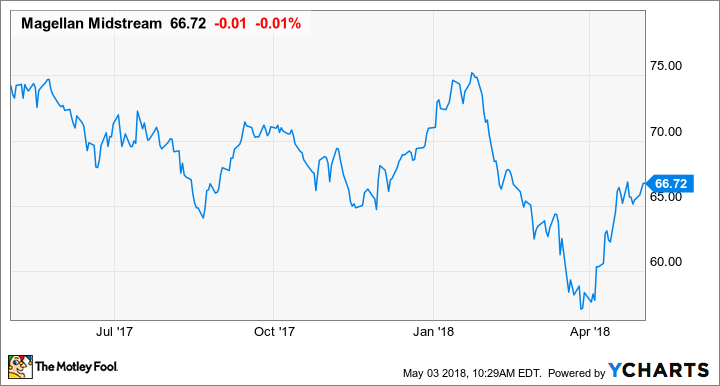 Even though Magellan incurred a couple of charges that prevented it from posting another record-breaking quarter, this was a solid quarter in its own right. The company continues to churn out healthy rates of cash to cover its payout and give management some extra to fund its growth projects. That extra cash will come in handy because the company has several projects on its plate right now with multiple export terminals and the infrastructure to support them.

From an investor standpoint, this pretty much reconfirms the value proposition that Magellan has made to its unitholders for years: We might not be the fastest growing company out there, but we're growing at a steady rate we can sustain for years into the future.