Success can be defined as small wins that accumulate over time. That definition helps to put the slow-and-steady progress made by US Ecology (NASDAQ:ECOL) in the first quarter of 2018 into perspective. Revenue and profits grew for both of the environmental services leader's segments compared to the prior-year period, which resulted in another solid quarter.

While few numbers jumped off the page at investors poring over the latest operational update, that can be considered a good thing, especially as volatility returns to the broader stock market. Management acknowledged the business' continued progress by simply reaffirming full-year 2018 guidance. That said, it wasn't a total snoozefest, as US Ecology reported a sizable increase in operating cash flow. Here's why, and other things shareholders should know about the most recent quarter. 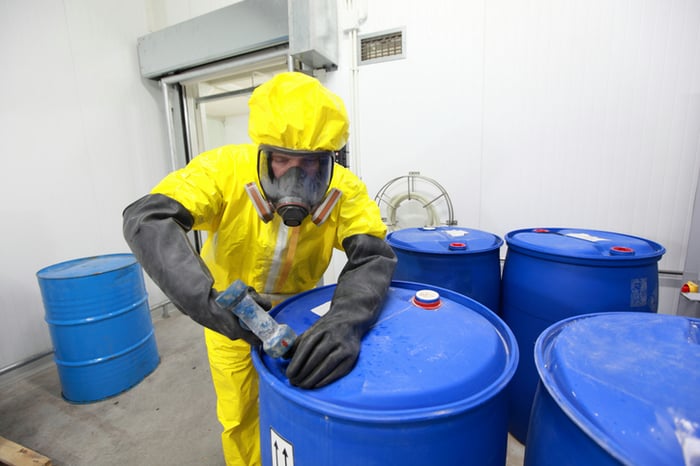 US Ecology reported growth in both of its reportable segments. Environmental services -- the management of hazardous and non-hazardous wastes through transportation, treatment, recycling, and disposal activities -- grew revenue and gross profit a healthy 6% and 13.1%, respectively, compared to the first quarter of 2017.

Field and industrial services -- the characterization, treatment, and collection of wastes at customer sites and various on-site cleaning services -- grew revenue and gross profit 16% and 1%, respectively, in the same comparison periods. The disconnect between the two categories was explained by an unfavorable services mix and strength in newer offerings US Ecology is attempting to grow, such as total waste management solutions. Those will be accompanied by weaker margins in their initial growth phase.

Combined, the company turned in year-over-year total revenue growth of 9%. Here are several other selected financial metrics from the first quarter of 2018 and the year-ago period.

US Ecology was able to turn more operating income into net income in the most recent three-month period thanks to a $2 million insurance payment and greatly reduced interest expense. In the first quarter of 2017, the environmental services leader spent $4.1 million paying interest, but dropped that to just $2.8 million in the first quarter of 2018. The combined result: An extra $3.4 million trickled down to the bottom line.

Those two factors helped to boost operating cash flow $8 million, or 38%, year-over-year, although they only accounted for half of the improvement. The rest was explained by an unusual increase in accounts receivable, or put another way, simple accounting practices. Either way, US Ecology exited March with nearly $46 million -- the highest level in years. 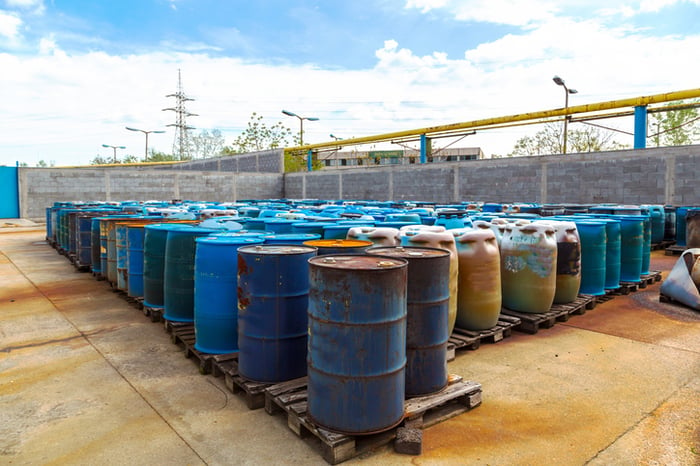 It should be noted that although full-year 2018 net income and diluted EPS could slide relative to the prior year, even the low end of both ranges is considerably higher than historical performances. For instance, the next highest annual net income total and diluted EPS in the last five years were both achieved in 2014, at $38.2 million and $1.77, respectively.

Shareholders should be pleased with another solid quarter from US Ecology. Considering that the company doesn't operate in a high-growth industry, year-over-year revenue growth of nearly 9% demonstrates the strength of operations. As spring arrives across the United States, the business should pick up compared to the first-quarter results. Then again, investors can probably expect much of the same: slow and steady progress.