Please ensure Javascript is enabled for purposes of website accessibility
Log In Help Join The Motley Fool
Free Article Join Over 1 Million Premium Members And Get More In-Depth Stock Guidance and Research
By Keith Noonan - May 7, 2018 at 11:44AM

Veritone stock is up more than 30% over the last three months but still down 8% year to date.

Veritone is a small-cap company valued at roughly $340 million, as of this writing, in the fast-moving artificial intelligence (AI) space. Those are characteristics that make its share price prone to large fluctuations. Shares popped after the company announced the upcoming release of an upgraded version of its aiWARE operating system, and its stock saw continued pricing momentum from there thanks to a run of favorable ratings coverage. 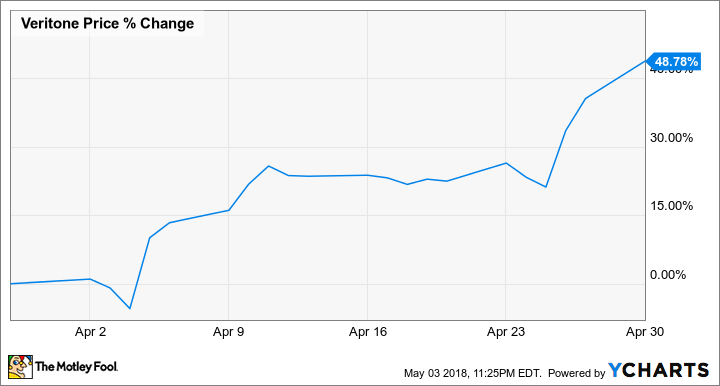 On April 5, Veritone announced in a press release that it would be releasing an update for its aiWARE services that would support real-time artificial intelligence processing. Veritone's AI-powered software is specialized for analyzing video and audio files, and the company said that the update will enable enterprises to sort large amounts of data in a short time period. 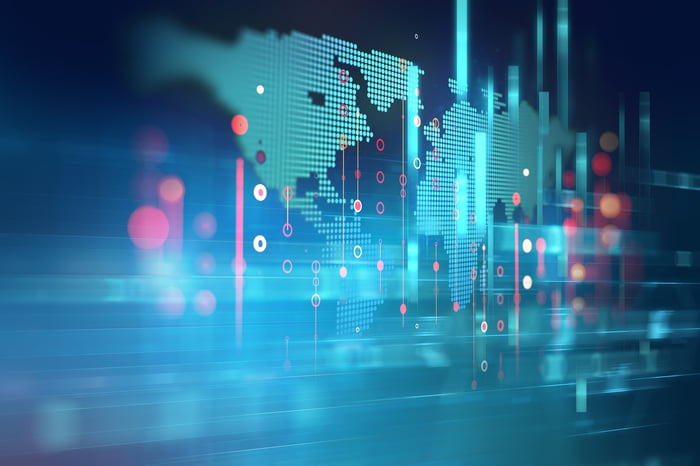 In addition to its aiWARE annoucnement, Veritone also saw favorable ratings coverage last month. BidaskClub raised its rating from a "strong sell" to a "sell" in an April 10 note, and Zacks Research raised its rating from a "sell" to a "hold" in a note published April 20. Cowen initiated coverage on the stock in a note published April 23 that gave the stock an "outperform" rating and set a $30 price target. DA Davidson published a note on the stock April 26, giving it a "buy" rating and issuing a $25 price target.

Shares have gained an additional 10% in May so far. The company is valued at roughly 16 times forward sales -- with the bull case for the stock hinging in large part on growth in the artificial-intelligence services space.

AI platform revenue accounted for about 14% of Veritone's roughly $3.5 million in sales in the December-ended quarter, with the remainder of revenue coming from its digital advertising business. To its credit, the company appears to be rapidly growing its AI business, with sales for the segment up 62% year over year in its December-ended quarter. Media agency revenues also grew to the tune of 37% compared to the prior-year period, so it's not as if that segment of the business is dead weight, but there's still somewhat limited visibility as to how Veritone's AI services will fair. 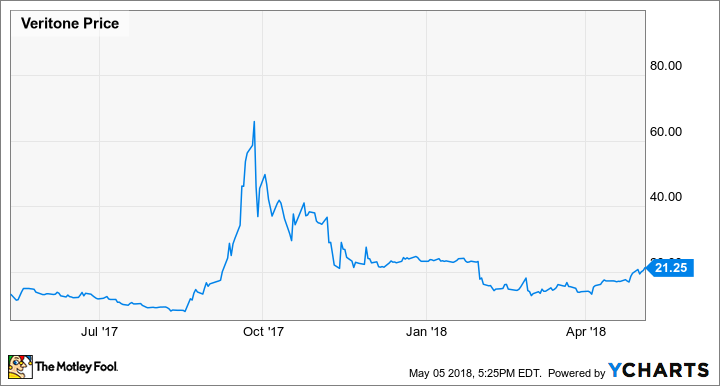 Veritone stock has been volatile since its market debut last May, but shares have climbed more than 60% since closing price on its IPO day. The company is scheduled to report results for the March-ended quarter after market close on May 8.