Please ensure Javascript is enabled for purposes of website accessibility
Log In Help Join The Motley Fool
Free Article Join Over 1 Million Premium Members And Get More In-Depth Stock Guidance and Research
By Neha Chamaria - May 8, 2018 at 6:15PM

All you need to know about Sun Hydraulics' first-quarter performance, growth moves, and outlook for 2018.

When Sun Hydraulics Corporation (HLIO -2.84%) reported its first-quarter 2018 numbers on May 7, the one thing that stood out in the earnings report was its top-line growth. Strong demand for industrial valves and electronics instrumentation combined with Sun Hydraulics' opportunistic growth moves encouraged the company to upgrade its full-year sales outlook.

However, investors may want to keep an eye on Sun Hydraulics' profits going forward. Here's why.

The table below gives a snapshot of the key numbers from the company's first quarter, but pay attention to the company's earnings per share (EPS) because it'll matter going forward, as I'll explain later.

What happened with Sun Hydraulics this quarter

Sun Hydraulics operates two business segments: hydraulics, which primarily caters to industrial markets, and electronics, which manufactures electronic power control, displays, and instrumentation solutions for vehicles and power equipment. The smaller segment, electronics -- which contributed roughly 36% to Sun Hydraulics' Q1 sales -- largely is driving the company's top line, clocking 27.5% growth in the quarter, backed by strong demand from recreational vehicles. The acquisition of Enovation Controls in 2016 clearly is paying off. 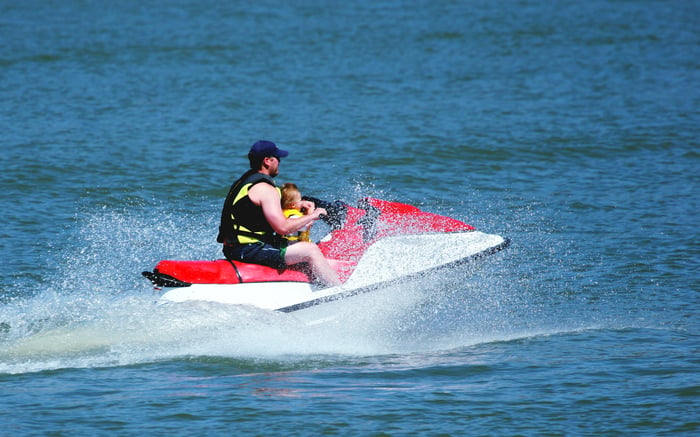 That's not to say hydraulics isn't doing well. Sales from the segment grew 15.7% last quarter as demand from all geographic regions remained strong. Key points worth noting for hydraulics are:

Supply constraints and higher costs pressured Sun Hydraulics' operating income last quarter but were offset by lower interest expense on deleveraging and lower corporate taxes, thanks to the recent federal tax law change. As a result, the company reported a strong 16.7% growth in net profit.

Sun Hydraulics' EPS, however, didn't grow as much because a stock issue in February drove the company's outstanding share count higher by almost 11.4%. The company raised $240 million, part of which was used to pare down debt and fund the acquisition of Faster Group in April.

In a major move last quarter, Sun Hydraulics acquired Faster Group, a manufacturer of hydraulic coupling solutions that serve several markets, including agriculture and construction, for roughly $530 million. CEO Wolfgang Dangel believes the acquisition aligns with the company's Vision 2025 goals, which include hitting $1 billion in sales, with half coming from organic growth and the other half from inorganic growth. Thanks to Faster's addition, Sun Hydraulics bumped up its guidance for fiscal 2018, as Dangel explained:

Given our ongoing strong order rates, we are increasing our organic revenue growth expectations, as well as adding Faster Group to our guidance for 2018. Additionally, we remain confident in the consolidated operating margin guidance range previously provided, which will drive incremental EPS growth and enhance shareholder value.

Here's a look at Sun Hydraulics' updated outlook for the full year:

I mentioned the interest expense here because it's one of the expenses that are expected to go up as the year progresses. Sun Hydraulics has guided for higher depreciation and amortization costs, as well, which means the company's earnings growth will likely be subdued in 2018 despite strong sales momentum.

That's something to watch out for, as it's important that Sun Hydraulics integrates Faster effectively to unlock greater value for its shareholders without diluting their wealth further. After all, incremental sales should flow through the company's bottom line to eventually benefit investors.