Please ensure Javascript is enabled for purposes of website accessibility
Log In Help Join The Motley Fool
Free Article Join Over 1 Million Premium Members And Get More In-Depth Stock Guidance and Research
By Jason Hall - May 11, 2017 at 6:07AM

The hydraulics and electronics component manufacturer saw its sales and earnings get a big push from a 2016 acquisition. Management says there's more where that came from, too.

Over recent quarters, Sun Hydraulics Corporation (HLIO 5.19%) has struggled to turn its revenue growth into higher profits. However, that changed in a big way in the first quarter. According to the company's earnings results, released on May 8, the company's earnings jumped a strong 24%, operating income was up 33%, and solid cash flows allowed the company to start chipping away at its debt related to a big 2016 acquisition.

Let's take a closer look at the company's results, and what management had to say about the future for Sun Hydraulics. 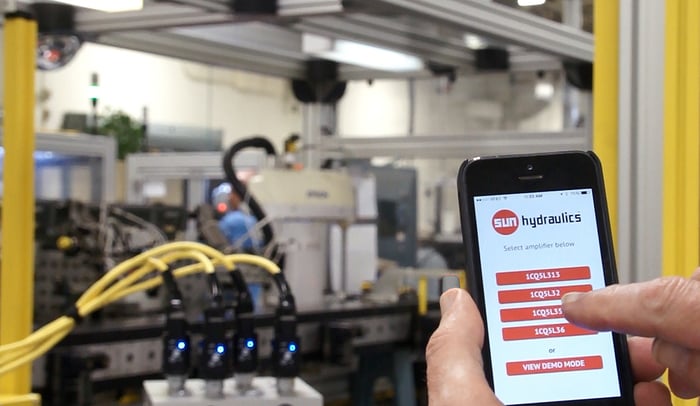 Sun Hydraulics is focused on growth, both within its core hydraulics business and through acquisitions. This approach includes the major acquisition of Enovation Controls in 2016, a move that extended Sun's reach beyond hydraulics solutions and into electronics systems for multiple industries, many of which Sun already participates in. The move had a negative impact on Sun's Q4 2016 results, with the company seeing a big spike in transaction-related expenses cut earnings per share by 37% to end the year.

However, as noted, Sun reported 24% profit growth on a 59% jump in sales. Sun CEO Wolfgang Dangel said Enovation Controls is already proving accretive to the bottom line, contributing $0.04 per share on a GAAP basis to Sun's quarterly results, even when factoring for about $0.12 per share in additional amortization and interest expenses related to the acquisition.

And it wasn't just Enovation Controls' revenue that increased Sun's results. Adjusted for the $26.6 million in revenue from this new division, Sun's revenues increased 7%, and earnings were up 10%.

Sun took on $140 million in debt to acquire Enovation Controls and was able to start chipping away at that figure in the first quarter. Working capital -- a measure of short-term (current) assets minus short-term liabilities -- decreased $1.3 million, but the company paid down $16 million in long-term debt, an excellent use of its working capital and the $12.4 million in operating cash flow generated in the quarter.

At quarter's end, Sun had more than $75 million in cash and investments, giving it some margin of safety going forward. However, Dangel pointed out that much of its cash is held overseas, with the repatriation tax implications a primary reason the company hasn't used much of it to pay down the Enovation Controls debt.

Looking ahead: Management positive about the market conditions, opportunity for growth

Management remained optimistic that the company will achieve the full-year guidance set on the prior earnings call, of $295 million to $310 million in total revenue and 20%-22% operating margin, which would be up from 19.4% in Q1.

The company also expects to begin leveraging more of the scale benefits of the Enovation Controls acquisition in the coming quarters, including market-intelligence sharing in sales, and the pooled knowledge and expertise of the combined engineering and purchasing groups to help improve product development and drive down costs where possible.

Management is also pointing to positive economic indicators, including a very strong U.S. homes market, accelerating activity in the construction and manufacturing industries, and strong activity in the energy and industrial segments the company sells to.

The company still has a lot of work to do if it's going to reach management's goal of $1 billion in revenue by 2025, and it's probably going to take more acquisitions to add to the top and bottom lines, like that of Enovation, to get there. Growth by acquisition can be hard to do well, but one full quarter after Sun's first big buy, it looks like a step in the right direction.