Biotech traders get heaps of attention, but buying promising young drugmakers and holding them for the long term is a far easier way to get rich. Case in point: Spreading $10,000 evenly among shares of Biogen Inc. (NASDAQ:BIIB), Celgene Corporation (NASDAQ:CELG), and Gilead Sciences Inc. (NASDAQ:GILD) around this time in 1998 would have made you a millionaire already.

These three companies have grown so large that another hundred-fold increase isn't likely, but they still generate huge amounts of cash that they're not shy about returning to shareholders. Can they return enough to produce market-beating gains down the road? 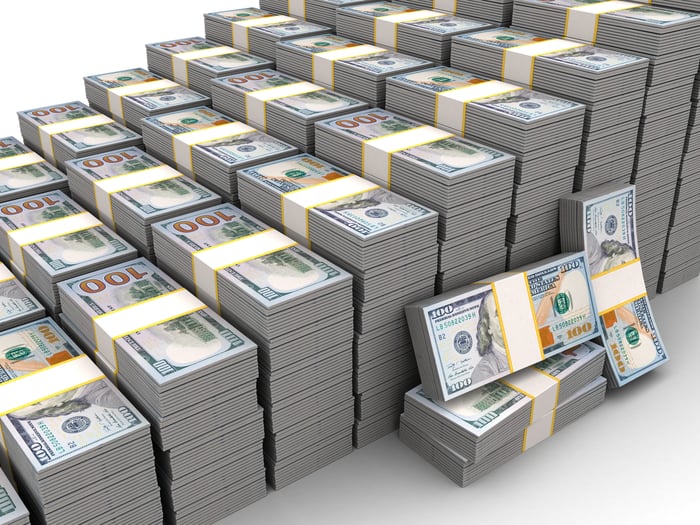 This biotech's investors have several popular multiple sclerosis (MS) treatments to thank for the lion's share of huge gains this stock produced over the past 20 years. When Biogen last reported, sales of MS products were on a mind-boggling $8.1 billion annualized run rate.

The ability to pick winners extends beyond MS. In 2017, Biogen spun off its rare bleeding disorder segment into a separate company that Sanofi (NASDAQ:SNY) acquired for a whopping $11.6 billion in cash earlier this year. Biogen also reported a rare disease drug that launched at the beginning of 2017, called Spinraza, that achieved a $1.5 billion annualized run rate during its fifth quarter since earning an FDA approval.

The company's operations generated a stunning $4.7 billion in free cash flow over the past 12 months that management can invest into development of tomorrow's blockbuster hopefuls or return to shareholders. Biogen doesn't pay a dividend, but it has repurchased enough of its own stock to lower its outstanding share count around 11% in just five years.

Shareholders can probably look forward to more significant buybacks in the quarters ahead. Tax reforms inspired Biogen to repatriate another $3.5 billion of its $7.1 billion nest egg during the first quarter. While the company has been able to shovel heaps of cash to investors for years on end, shrinking MS sales across its product lineup could make continued growth awfully difficult if the company's lead candidate doesn't come through.

Aducanumab may be the best candidate yet when it comes to reducing the buildup of plaques in the brain associated with Alzheimer's disease. Unfortunately, several drugs that work in the same manner have failed to show statistical evidence that they can prevent the disease from worsening. If Biogen's candidate is indeed doomed, so are the stock's chances of providing market-beating gains. 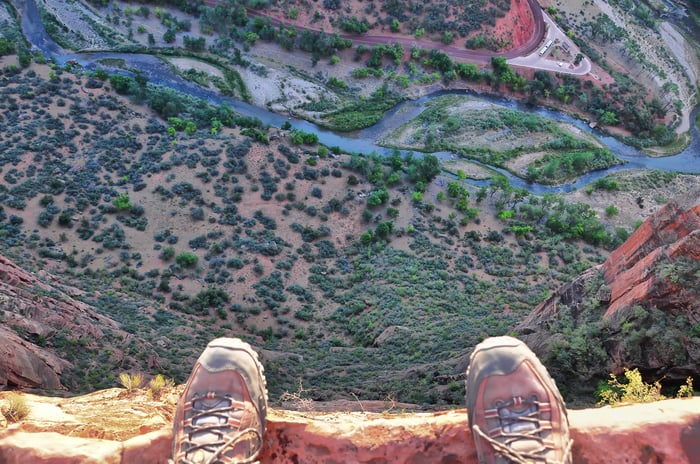 Celgene owes much of its historic rise to Revlimid, a therapy that treats a rare form of blood cancer called multiple myeloma. Since earning its first approval in 2005, sales of the drug have soared and are currently on pace to reach $9 billion this year.

Celgene's operations have been slightly more profitable than Biogen's over the past 12 months, generating around $5.0 billion in free cash flow. Revlimid's steady profits have allowed the company to reduce its outstanding share count by around 8.5% over the past five years. The company also used some of the profits Revlimid throws off to acquire Juno Therapeutics for $9.0 billion earlier this year in addition to forging partnerships with emerging drugmakers.

Celgene's shareholders had better hope its investments start providing some good news soon. Revlimid, which made up 63% of total revenue in the first quarter, will begin facing generic competition in 2023. Any more blunders like the one we saw recently, and producing further gains could get difficult.

While we need to worry about Biogen's and Celgene's top sellers in the future, this biotech's lead franchise has already crashed. Annual sales of Gilead Sciences' hepatitis C virus (HCV) treatments peaked at a stunning $19.1 billion in 2015.

Fierce new competition in the space Gilead once dominated hammered HCV sales down to an annualized $4.2 billion run rate based on first-quarter results. Despite sinking HCV sales, Gilead's operations have generated an impressive $11.3 billion in free cash flow over the past 12 months.

Sales of the company's highly anticipated new HIV treatment, Biktarvy, have just started rolling in. Gilead is a longtime leader in the space, so the next couple of quarters will be nervous ones as the new treatment cannibalizes sales of older offerings. Altogether, though, Biktarvy could help Gilead's top line stop contracting and begin growing again within several quarters.

Celgene's new low price is tempting, but the odds of coming out ahead seem slightly higher with Gilead Sciences right now. It's the only one of these biotechs that pays a dividend, which offers a nice 3.5% yield that you get to keep even if Biktarvy fizzles on the launchpad.

The dividend isn't the only reason Gilead seems the most likely to provide future gains. Unlike Celgene and Biogen, Gilead's worst-case scenario has already played out. Despite the debacle, the company finished March with a magnificent $32.1 billion cash balance. It might not put up another hundred-fold gain, but Gilead should give its shareholders a lot less to worry about in the years ahead than its big biotech peers.