History repeated itself. For the second earnings quarter in a row, shares of commercial oven-maker Middleby (NASDAQ:MIDD) are down 13.7% as of 11 a.m. EDT after the company reported Q1 sales and earnings that fell short of Wall Street estimates.

Analysts had predicted that Middleby would earn $1.39 per share on $603.5 million in sales last quarter. Instead, Middleby earned only $1.18 per share on sales of just $584.8 million. 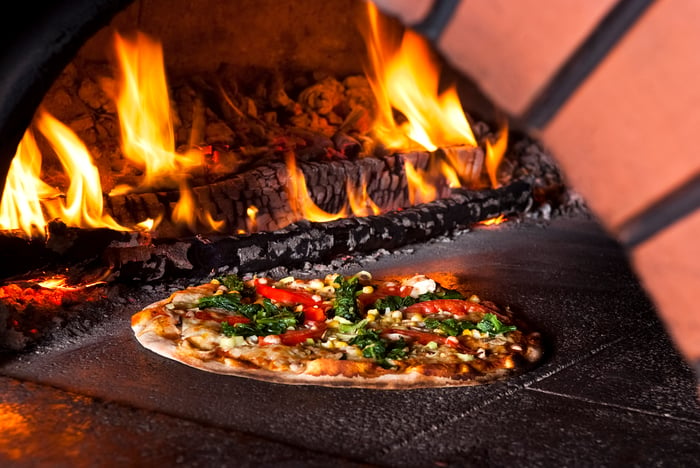 This surprising result is due to two factors -- foreign exchange rates working in Middleby's favor and thus boosting its sales in the quarter and an accounting change related to the Financial Accounting Standards Board's (FASB) Accounting Standards Codification (ASC), dubbed "ASC 606." Without going too far into the accounting weeds, the net result of these changes was an apparent increase in sales that wasn't backed up by reality -- and furthermore, sales failed to increase as much as expected.

Indeed, Middleby explained that "excluding the impact of acquisitions, foreign exchange and the adoption of ASC 606," its sales actually "decreased 7.2% during the first quarter."

CEO Selim Bassoul admitted that these accounting quirks, plus recently completed "strategic changes in our sales organization" were "disruptive in the short term," but promised that they leave the company with a "stronger, more aligned selling organization and greatly simplified ... sales process for our customers." Going forward, Bassoul told investors they can expect to see "improving sales trends as we progress throughout the year."

Bassoul didn't elaborate on this prediction by providing financial guidance for the current quarter in Middleby's earnings release or for the rest of this year, either. For what it's worth, though, analysts who follow the company predict that Middleby will resume growing earnings in Q2 and round up the year with a profit of $6.58 per share on sales of about $2.6 billion.