Please ensure Javascript is enabled for purposes of website accessibility
Log In Help Join The Motley Fool
Free Article Join Over 1 Million Premium Members And Get More In-Depth Stock Guidance and Research
By Daniel Miller – Updated May 9, 2018 at 12:48PM

Shares of Monster Beverage (MNST -1.19%) are falling today, down 7% as of 10:55 a.m. EDT, after the energy-drink specialist reported a weaker-than-expected first quarter.

In the press release, Chairman and CEO Rodney Sacks said: 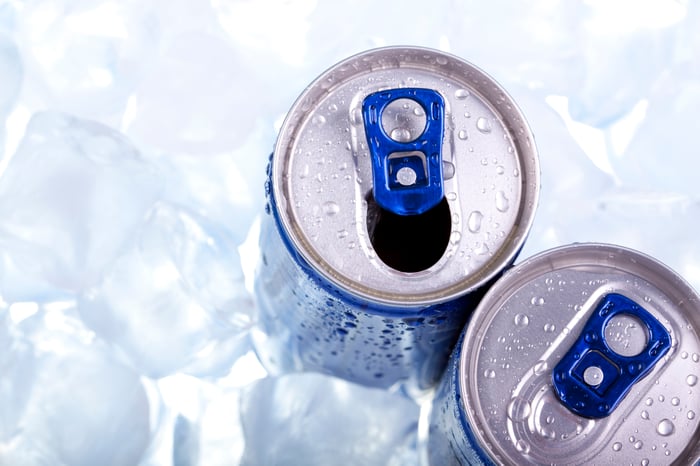 It really wasn't a horrible quarter from Monster Beverage, and while expanding internationally is great for its top line, it's hurting margins in the near term. Gross profit as a percentage of net sales during the first quarter was 60.6%, down 420 basis points year over year. This should be a short-term problem, as eventually Monster Beverage will benefit from growing economies of scale worldwide, which should push gross margin higher.