Please ensure Javascript is enabled for purposes of website accessibility
Log In Help Join The Motley Fool
Free Article Join Over 1 Million Premium Members And Get More In-Depth Stock Guidance and Research
By Asit Sharma – May 10, 2018 at 5:29PM

Acacia's stock slumped drastically on April 16 as the U.S. announced a seven-year ban on sales by U.S. companies to Chinese telecommunications-equipment manufacturer ZTE (ZTCOY). ZTE is alleged to have lied to the U.S. government about its equipment sales to Iran, in violation of U.S. sanctions.

Acacia immediately suspended affected transactions -- and its stock felt immediate pain. As my colleague Leo Sun pointed out when analyzing this news in April, ZTE accounted for 30% of Acacia's sales in 2017.

While this is a significant blow for the transmissions specialist, shareholders were able to obtain some perspective on Acacia's prospects from management in early May, when the company released first-quarter 2018 results on May 3. During Acacia's post-earnings conference call, CEO Murugesan Shanmugaraj acknowledged that the immediate loss of revenue will be painful for the company, but pointed to a few bright spots and provided a game plan for the current year.

Shanmugaraj reported that several product lines were exhibiting relative health. For example, the company's CFP2-DCO module continued to experience wide acceptance from new and existing customers and accounted for more than 10% of Acacia's revenue during the first quarter. On a more general note, Shanmugaraj sought to reassure investors that Acacia's niche of converting optical interconnect technology to silicon-based technology still holds much market potential -- despite the ban on business with such a significant customer.

As for dealing with the ZTE situation, management has indicated that it will decrease its targeted year-over-year operating expense growth in light of the lost revenue. But Acacia intends to pursue new business opportunities with other Chinese manufacturers, and executives somewhat surprisingly contend that revenue may increase in the second half of 2018 against the prior year. Finally, Acacia announced a $60 million share-repurchase program that will run through the end of 2018 in an additional step to assuage investor fears. 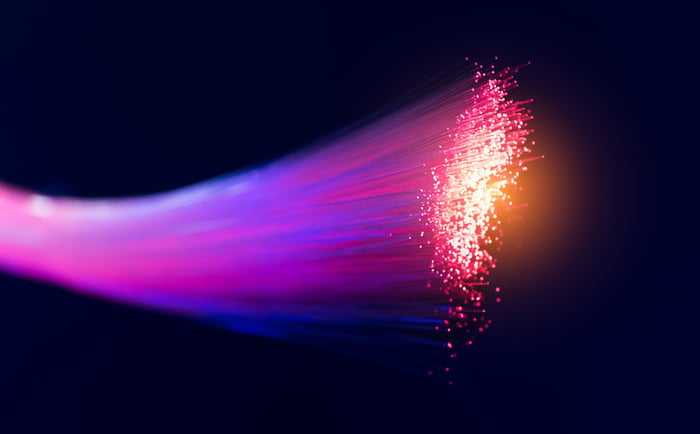 Acacia's travails demonstrate the risks that are often masked in young, fast-growing companies that rely on a few large customers to propel their expansion. Yet the organization may well weather this adversity. Acacia revealed that in the first quarter of 2018, ZTE accounted for only 20.4% of revenue, underscoring management's implication that the company may rebound more quickly than investors expect.