Please ensure Javascript is enabled for purposes of website accessibility
Log In Help Join The Motley Fool
Free Article Join Over 1 Million Premium Members And Get More In-Depth Stock Guidance and Research
By Keith Noonan - Updated May 11, 2018 at 4:22PM

These stocks aren't popular at the moment, but that could present a worthwhile opportunity to add them to your portfolio.

There are times when having an intensely negative outlook on a company's future is more than justified. However, scooping up stocks that have fallen out of favor can also create huge upside over the long term -- provided you're picking the right ones. Read on to see why AT&T (T 1.67%), PepsiCo (PEP 1.64%), and General Motors (GM 1.35%) are beaten-down dividend stocks that are worth adding to your portfolio. 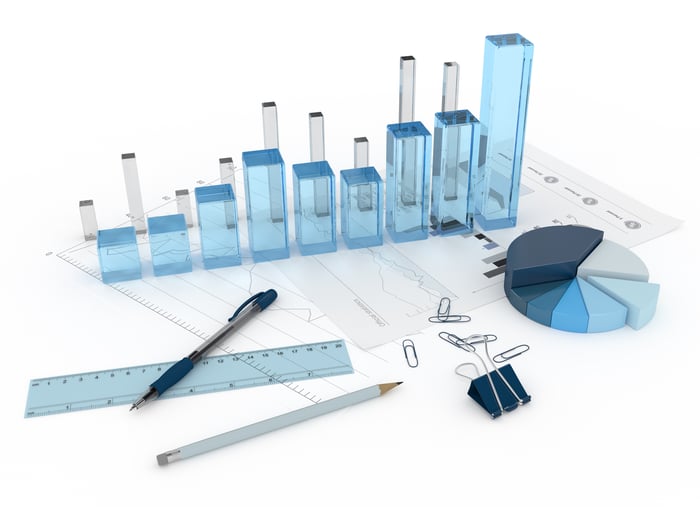 Telecom giant AT&T reported first-quarter earnings on April 26, and the market was none too pleased with the results. Sales for the period dipped 3.6% year over year to come in at $38.04 billion, missing the average analyst estimate of $39.37 billion. Earnings per share of $0.85 also fell short of the estimate target of $0.87, and the top- and bottom-line misses prompted the company's biggest intraday share price decline in nearly a decade. By market close, the stock had dipped roughly 7%.

AT&T also reported that it lost 187,000 pay-television subscribers despite growth for its DirecTV Now skinny-bundle service. The company faces pressure amid changes in the television and mobile industries, but opportunities like the expansion of 5G networks and the pending merger with Time Warner give it avenues via which to growth that I expect will come to fruition. I purchased AT&T shares following the post-earnings sell-off and plan to hold the stock for the long term.

The company now trades at just 10 times this year's expected earnings and packs a roughly 6% dividend yield. Shareholders can look for AT&T's payout to continue growing. The telecom leader has a 33-year history of delivering annual dividend raises, and the business's strong cash flow puts it in good position to deliver slow, but steady payout growth down the line. Even though the company distributed roughly $13 billion in dividend payouts over the last year, its $18 billion in free cash flow over that stretch had it in a good position to keep that streak alive.

With a great yield backed by a solid business and enticing earnings multiples, AT&T is an underappreciated dividend stock that deserves your attention.

PepsiCo has long been a go-to for income-focused investors, so it's notable that the stock has recently been falling out of favor. Calling it a "hated" stock might seem a bit strange, but a roughly 16% year-to-date decline for the company's share price suggests it's not currently held in high esteem.

The shift in sentiment isn't without cause. Volume for the company's North American beverages segment fell 3% year over year, and operating income for the unit dipped 22%. It looks like that softness will continue in the near term. While waning domestic soda demand is hurting growth and dampening investor enthusiasm,  I think some of the company's recent struggles have also resulted in the chance to purchase a rock-solid dividend stock at a good price.

The stock trades at roughly 18 times forward earnings estimates and offers a best-in-class dividend pedigree. Shares yield 3.2% at current prices, and the company has a 45-year history of consecutive annual payout growth. With the cost of distributing its payout coming in at a reasonable 64% of trailing free cash flow and dividend growth seemingly baked into the stock's DNA, shareholders can reasonably expect that next year's payout will be bigger than the one before.

The company also isn't standing still in light of recent challenges. To combat its declining soda sales, Pepsi is preparing a sustained advertising push and weighing the possibility of spinning off its bottling operations. Increased advertising may or may not end up being the answer to the soda question, but Pepsi is actually pretty well diversified, and it's still tinkering to find the right balance across its product lines.

Growth for the company's Frito Lay division and momentum in emerging markets actually pushed the company to a 2.2% year-over-year organic sales increase in the March-ended quarter despite weakness in domestic beverages. Pepsi appears to be under leadership that understands the issues, and the business is backed by infrastructure advantages and a history of innovation and execution that make me bullish on the long-term outlook.

Concerns that the North American automobile industry is at the early stages of a downturn and threats of long-term disruption posed by emerging technologies are weighing on General Motors. Shares are down 10% year to date compared to a 1% dip for the S&P 500 index.

Electric vehicles, ride-sharing services, and self-driving cars all present variables for the business, but it seems like General Motors' innovation initiatives and manufacturing advantages aren't getting their due. While the market seems to be taking a more cautious outlook on Tesla, that reappraisal doesn't appear to have resulted in increased confidence in GM's future.

The auto giant has made a lot of smart moves to prepare for new trends in its industry and improve the business since the disastrous impact of the last recession. The company is currently the leader in electric car production and expects to launch 20 new electric vehicles through 2023. It's also an early leader in the self-driving-technology space and has a significant stake in the ride-sharing market thanks to its roughly 9% ownership stake in Lyft and partnership with Uber.

The cyclical nature of the automotive industry means GM's profits will see a significant declines if the broader auto market continues to move through a down cycle, but shares look attractively price even with that possibility in mind. The stock trades at less than six times forward earnings estimates and packs a roughly 4.1% dividend yield. With the cost of distributing its current payout representing just 24% of trailing earnings, GM looks to be in a good position to continue returning cash to shareholders.