Shares of Trivago N.V. (NASDAQ:TRVG) lost 35.8% of their value in April, according to data provided by S&P Global Market Intelligence.

The hotel-booking company's valuation plummeted after the release of first-quarter results that missed earnings expectations followed by weaker-than-anticipated guidance for the remainder of the year. 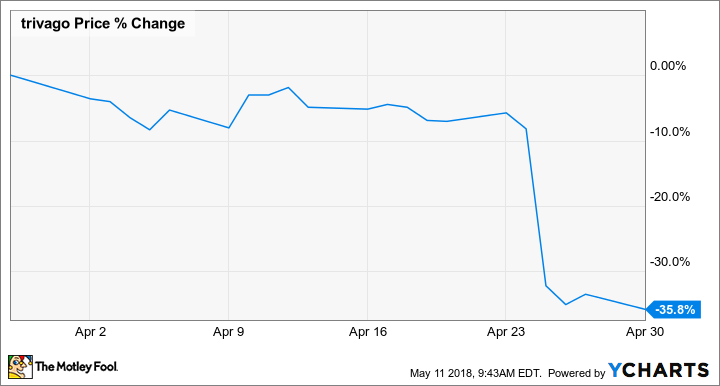 Trivago reported earnings on April 25, and the market was none too pleased with the results. The hotel-search specialist's adjusted revenue for the quarter actually increased by 5% year over year on a constant currency basis, and its qualified-referrals revenue grew 7%. However, unadjusted total sales fell 3% compared to the prior-year period, landing at roughly $316 million, and losses came in worse than anticipated. The average analyst estimate had called for a loss of just $0.01 per share, but the company lost $0.07 per share.

Trivago's sales performance was not encouraging, but it did manage to grow sales 70% year over year in the year-ago quarter, so it's worth noting that the business was up against a challenging comparison. 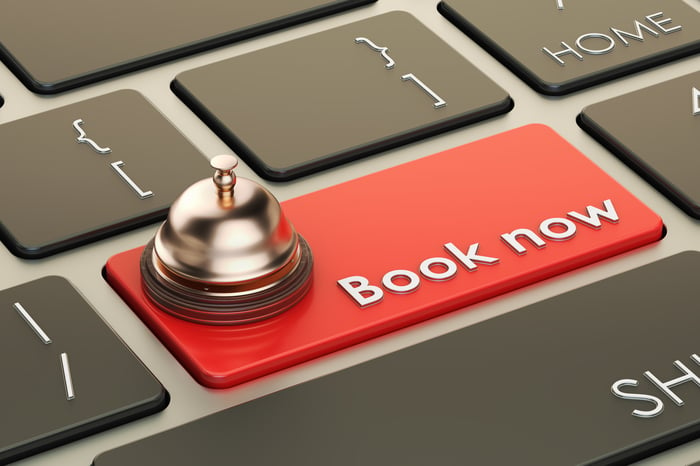 Management now expects that sales will be flat on the year. It had previously guided for growth of between 5% and 10%. Trivago cited currency headwinds and lower pricing power as reasons for the lowered target but expects these drags to lessen in the second half of the year, when management forecasts the business will return to growth.

The online travel industry remains highly competitive, and Trivago may need to deliver significant innovations or hope for broader industry tailwinds in order to energize its business. Expenses have been rising for the company, and a former revenue source is missing following the dissolving of the company's relationship with Booking Holdings.

Trivago needs to spend in order to attract new customers, drive referrals, and innovate its platform, but that means that the business will likely have a hard time delivering profitability in the near term. The company is now valued at roughly 1.4 times this year's expected sales.