Please ensure Javascript is enabled for purposes of website accessibility
Log In Help Join The Motley Fool
Free Article Join Over 1 Million Premium Members And Get More In-Depth Stock Guidance and Research
By Chris Neiger - May 12, 2018 at 1:16PM

There are many good reasons for investors to consider buying Chinese tech stocks. For instance, China has a vibrant consumer market that's willing to spend money on the latest technologies; its companies are innovating in segments like robotics and wireless technology, and its government is pressing forward with plans for the country to take a dominant role in artificial intelligence.

But investors should also know that many Chinese stocks come with a set of inherent risks not faced by U.S.-based companies. Chief among them is the fact that the government in Beijing has enormous power to decide how Chinese companies censor content, what data they collect, and even influence their share prices. 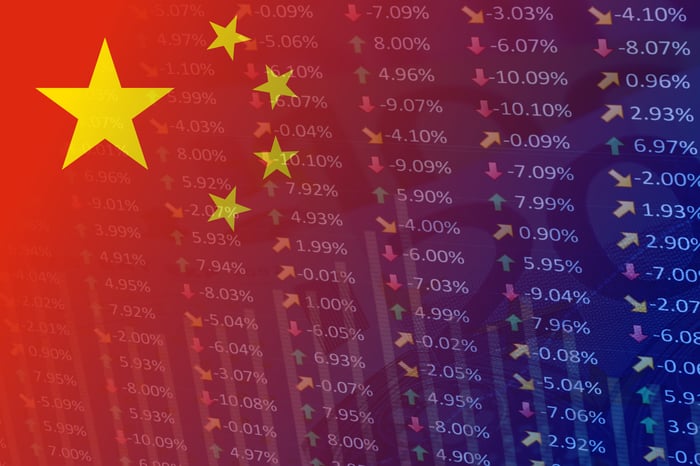 You may recall the very public dispute between the FBI and Apple a few years ago, in which the company refused to unlock an iPhone owned by a man who went on a mass shooting rampage in San Bernardino. Apple made the case that if it unlocked the phone for the FBI, it would open the floodgates for the U.S. government to demand it to do the same in future cases.

The FBI ended up finding its own way to unlock the phone, but it was one small example of how far some U.S. companies will go to protect their users' privacy -- even when Washington demands access to their data. But some recent news shows how Chinese tech companies fall short on that standard.

The Chinese government acknowledged this month that it has the ability to access deleted private messages from Tencent Holdings' (TCEHY 3.12%) WeChat app. WeChat is one of China's largest social media networks, with around 1 billion monthly active users. Reporting by the South China Morning Post said that one of the government's watchdog divisions -- the Chaohu Municipal Discipline Inspection and Supervision Commission -- admitted that it "retrieved a series of deleted WeChat conversations from a suspect."

Tencent denied this and issued a statement saying that WeChat doesn't store any chat histories. But the admission by the government that it can retrieve those messages should be concerning for both social media users and investors. Even if we give Tencent the benefit of the doubt and assume it isn't actively allowing the government to access people's private conversations, the Chinese government -- by its own admission -- is still doing it.

Keep in mind also that this is hardly the first time concerns have been raised over WeChat's lack of privacy. Back in 2016, Amnesty International examined and scored the companies that operate 11 popular messaging apps on how well they use encryption to protect users' online privacy. On a scale of 0 to 100, Tencent scored a 0.

"[It] was the only company which has not stated publicly that it will not grant government requests to access encrypted messages by building a 'backdoor,'" said Amnesty at the time.

Censorship is rampant and growing

China's censorship of online content is well known, but following a new law that went into effect last year, the government has significantly tightened its stranglehold on content.

For example, China's culture ministry clamped down on online videos last summer, made Tencent, Alibaba, and Baidu delete 291 mobile video platforms, and ended the contracts of about 10,000 broadcast journalists and performers, according to the Financial Times (paywall).

One of the biggest crackdowns involved the social media company Weibo (WB -4.41%), which initiated a new policy late last year that only people with a media license could upload news or political commentary videos to its Sina Weibo platform. The company began tightening its censorship of content after government regulators said they didn't like the social commentary and "negative opinions" that were coming from its social media platform, which has 400 million users.

Weibo has, at times, appeared to stand against some censorship, as it did last month when it reversed its decision to delete LGBT content from its micro-blogging site. But Weibo's pattern of censorship is well documented, particularly when it comes to deleting political content.

Censorship and a lack of privacy protections are major themes that investors will have to accept if they want to put money into Chinese tech stocks. But the Chinese government's influence doesn't end there.

This past July, The People's Daily -- a state-run newspaper -- criticized Tencent, calling some of its social games "poison" to young players. The paper specifically called out the popular game Honour of Kings, which contributed an estimated 7% of Tencent's revenue at the time and was one of the country's top-grossing mobile games. China's government was unhappy with the amount of time kids were spending on the game, so Tencent imposed a one-hour-per-day limit for kids under 12, and restricted players with child accounts from accessing the game after 9 p.m. The public scolding from the government and the subsequently imposed game restrictions sent Tencent's shares tumbling 4% in one day, their biggest one-day drop in 17 months, according to Reuters.

You may be tempted to think this isn't that big of a deal. After all, negative press can send the share prices of U.S. tech companies plummeting too. But what's different in this example is that The People's Daily is essentially the mouthpiece of the Chinese government, which used it to hurt Tencent's reputation.

It may not be all bad, but be cautious

There are certainly strong reasons why investing in Chinese tech companies could end up being a solid financial decision. But the degree to which many of them are under the thumb of their government is concerning. I'm happy to steer clear of these stocks for now, until the day comes -- if it does -- that their management can consistently show that they're running their companies independent of the whims of the government.