The struggling burrito chain issued such a report last month, but investors greeted the news by sending the stock up 24.4% to its highest point in nearly a year. It was obvious why. Shareholders were enthused by new CEO Brian Niccol's hints at his plans for the company, and hopes that he would return the brand to its former glory gathered steam.

However, investor excitement may already be overblown. Chipotle stock is now up over 60% since it named Niccol as the new CEO in February. Still, as the recent earnings report shows, the company's fundamentals have not changed much. The decline in guest traffic was particularly concerning as that's the most important indicator of a restaurant chain's underlying business. Customers are still abandoning Chipotle as comparable sales improved only because of a price increase over the last year. Investors were cheered by a 33% jump in earnings per share, but that was due primarily to the price increase and lower commodity costs. In order to grow earnings over the long term, the company will have to increase comparable sales. At this point, investor expectations look lofty with the stock trading at close to 70x trailing earnings. 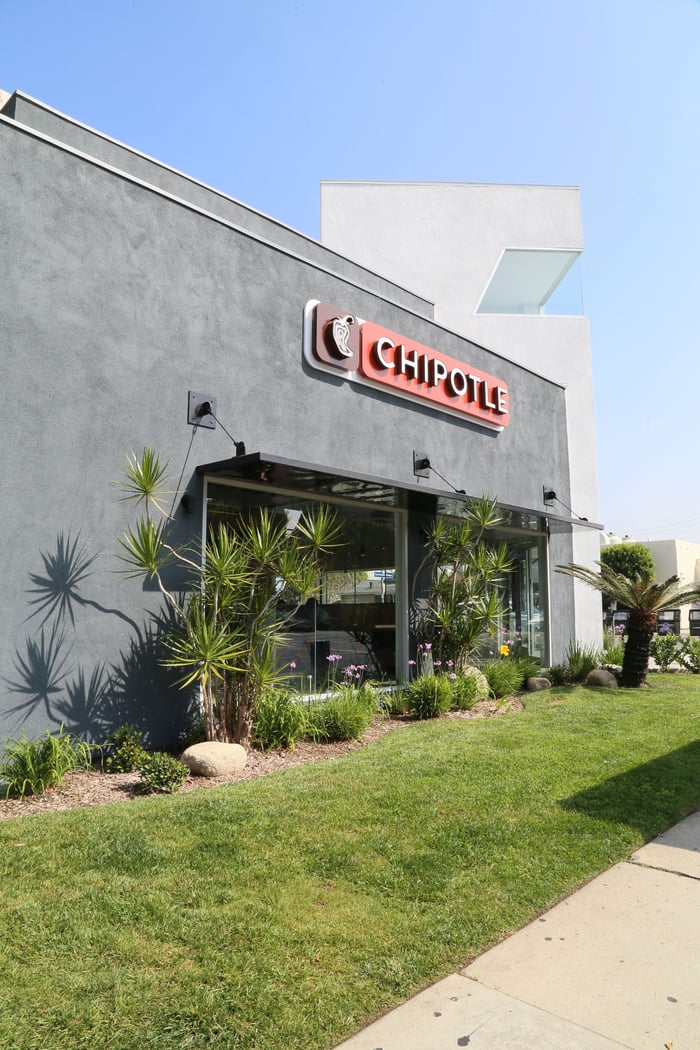 Niccol comes to Chipotle with a strong pedigree. He previously served as the CEO of Yum! Brands' Taco Bell, driving the resurgence of the Mexican-themed chain. Niccol helped lead initiatives around new menu items like Doritos Locos Taco, dayparts like breakfast, "Fourthmeal", and a happy hour at select Taco Bell Cantina locations.

While Chipotle founder and former CEO Steve Ells is a chef first, Niccol comes to Chipotle as an ace marketer, spending the early part of his career in brand management with Procter & Gamble, before moving on to Pizza Hut where he served in several leadership roles, including Chief Marketing Officer, and then on to Taco Bell.

Therefore, Niccol's biggest impact on the business is likely to come from a marketing and branding perspective. Perhaps the most important thing he said on the recent earnings call was that he thinks the brand has been "invisible." That likely means the company will ramp up marketing spending in both traditional and non-traditional channels, and Chipote has already made moves to reach more customers like with its launch of delivery from more than 1,500 stores through Doordash. Niccol has also named a new Chief Marketing Officer and Human Resources Chief as he remakes the management team.

Domino's shares have skyrocketed since CEO Patrick Doyle took over in March 2010, gaining nearly 1,700% since then. You may remember Doyle from an ad campaign when he repeated many of the pizza chain's negative reviews from focus groups, including one that said the pizza tasted "like cardboard" and committed to making it better. The company did just that, improving recipes for core ingredients like dough, sauce, and cheese.

It also tapped the evolving mobile space, offering easy order options through a number of platforms including its own app, Twitter, and even with an emoji. The company also gave customers access to a pizza tracker, allowing them to see the status of their order. All of those moves paid off as same-store sales soared under Doyle. He's about to step down from his post, but the lessons from his tenure are clear.

McDonald's new CEO, Steve Easterbrook, has only been at the helm since 2015, but he's already influenced the company in a number of ways. McDonald's introduced all-day breakfast to customer raves, refranchised restaurants, improved food quality by removing antibiotics from chicken, and started using fresh beef in Quarter Pounders. He's also embraced technology such as ordering kiosks and is remodeling restaurants under a plan the company calls "Experience of the Future."

Those efforts have also delivered results as McDonald's stock is up over 60% since Easterbrook took over, and the company has posted impressive comparable sales numbers, beating its peers.

No two turnarounds are the same, but both Doyle and Easterbrook focused on simple things like listening to the customer, improving food quality and convenience, and addressing pain points in the business.

Niccol has promised to unveil his strategy for the company before the next earnings report, and in particular said he would improve operations and innovate in areas like menu, restaurant design, the digital experience, and consumer access. Expectations are high as investors hope the company will return to the performance levels it had before the E. coli scares. The honeymoon won't last forever though. If Chipotle's comparable sales remain flat, the stock has a long way to fall.