Please ensure Javascript is enabled for purposes of website accessibility
Log In Help Join The Motley Fool
Free Article Join Over 1 Million Premium Members And Get More In-Depth Stock Guidance and Research
By Harsh Chauhan - Updated May 17, 2018 at 1:59PM

This line item looks like the secret sauce to Chipzilla's long-term success.

Six years ago, Intel (INTC 1.19%) was presumed dead as the PC market ran into rough weather. Mobile devices such as smartphones and tablets captured the fancy of consumers as they were both cheap and capable, and Chipzilla wasn't prepared for this shift. Intel's subsequent efforts to capture the mobile market failed as competitors already had a huge first-mover advantage. Not surprisingly, industry watchers believed that Intel's heyday was over as it will find it difficult to grow in the post-PC era.

But what the market ignored at that point was Intel's capability of tapping its research and development (R&D) department to branch out into new areas and fire up its growth engine once again. 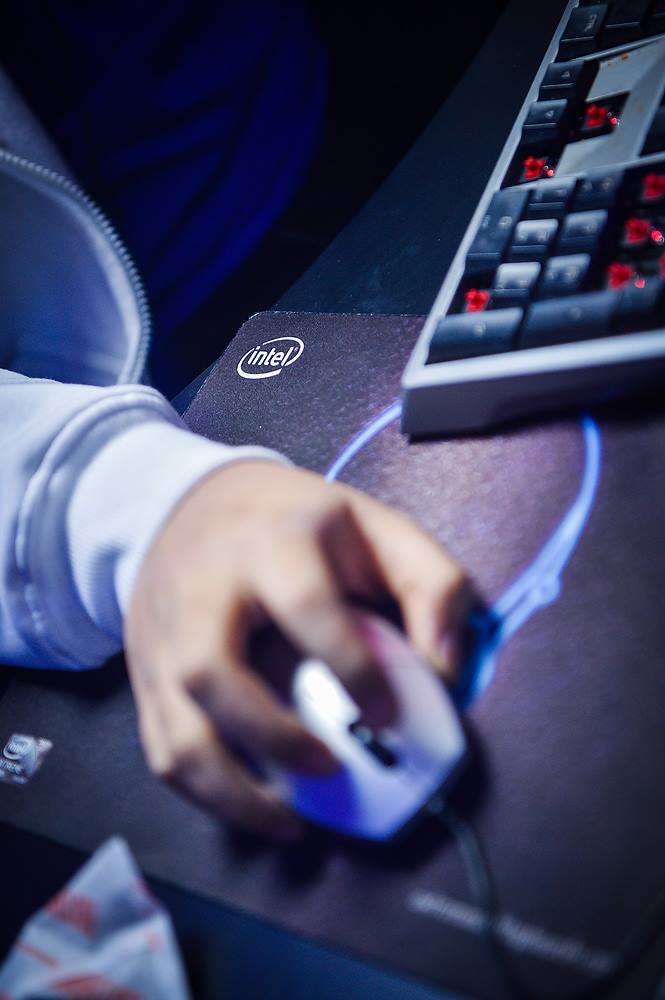 Intel sensed that it needed to step up its R&D game when the PC market started losing momentum from the second half of 2010. Vendors were already shifting their resources toward making tablets after the success of the Apple iPad that came out earlier that year. As a result, the company boosted its R&D spending by a massive 22% in 2012 to $10.1 billion, and the metric has kept rising ever since.

As PC growth hit a speed bump and competition from the likes of AMD started heating up, Intel's top line took a hit in subsequent years. However, Chipzilla didn't lose hope and it poured more money into R&D to diversify into areas such as cloud computing, the Internet of Things (IoT), and data centers, while pulling the plug on its mobile chips business at the same time.

As evident from the table, Intel's R&D efforts have started bearing fruit. Its top-line growth has picked up pace over the past couple of years, putting an end to fears that the company will find it difficult to survive in the post PC era.

Intel's non-PC segments such as the data center group (DCG), the Internet of Things Group (IOTG), and the Programmable Solutions Group (PSG) now account  for 40% of the top line thanks to the strong growth that they have witnessed over the past several quarters.

All this wouldn't have been possible without the company's focus on research and development, which has allowed it to harness the power of emerging tech trends such as artificial intelligence (AI) across its business. For instance, it has been challenging NVIDIA's dominant position in the AI space with its field-programmable gate arrays (FPGAs), which are customizable chips capable of providing better acceleration to AI workloads thanks to their flexible architecture and energy-efficient nature.

NVIDIA's GPUs (graphics processing units) have been largely used for training AI models so far. But it is believed that FPGAs can do a better job at inferencing, which is that phase of the AI process where the trained algorithm acts on a data set on its own to derive a result or 'inference.' Not surprisingly, a number of cloud service providers, including Microsoft and Amazon, are already deploying FPGAs in the cloud, boosting Intel's PSG business in the process.

For instance, Microsoft's Bing search engine has been equipped with real-time AI thanks to Intel FPGAs, giving users more context around their search queries. Users can now get intelligent answers to their questions in place of a list of results, so the same AI hardware can be used to generate different answers in the inferencing phase thanks to the customizable nature of the FPGAs.

Not surprisingly, Dell and Fujitsu have decided  to offer the company's FPGA chips in their servers. Looking ahead, Intel could move deeper into NVIDIA's AI stronghold as the former's R&D outlay is seven times that of its GPU rival. The Internet of Things business, meanwhile, will ride the growth of strong catalysts such as self-driving cars, where Chipzilla seems to have secured a strong position for itself already thanks to a string of smart partnerships.

In fact, Intel's autonomous car unit has just struck a massive deal that could push the Internet of Things segment to new highs. A European automaker has reportedly selected Intel to supply self-driving technology to eight million cars. The deal is expected to begin in 2021 once Intel launches its next-generation autonomous driving chip, and could be one of the many to come as self-driving cars gain traction.

Why Intel's not done growing just yet

Intel's R&D investments over the years have helped it overcome the PC slump and reinvent the business to a large extent. Back in 2010, the company got a fifth of its revenue from its data-centric business, and this now accounts for way more. This transformation wouldn't have been possible without massive R&D spend.

The good part: Intel's innovation engine won't be switched off anytime soon as it is going after lucrative markets. This includes self-driving cars where it seems to have established a strong position already, and is looking to push the envelope further.

Intel's strategy of pumping up its R&D investments has started reaping rich rewards already. And, it won't be stepping off the gas anytime soon as a strong cash position, an improving free cash flow profile, and robust earnings growth should ensure that it has enough resources to channel more money into its R&D department.