Please ensure Javascript is enabled for purposes of website accessibility
Log In Help Join The Motley Fool
Free Article Join Over 1 Million Premium Members And Get More In-Depth Stock Guidance and Research
By Timothy Green - May 17, 2018 at 5:00PM

The tech company's results and guidance were right around analyst expectations.

Networking hardware company Cisco Systems (CSCO 2.73%) reported its fiscal third-quarter results after the market closed on May 16. There were no big surprises: The company edged out analyst estimates for revenue and earnings, as it usually does, and it provided guidance that was in line with expectations.

Cisco reported third-quarter revenue of $12.5 billion, up 4.4% year over year and about $20 million higher than the average analyst estimate. Product revenue jumped 4.7% to $9.3 billion, while service revenue was $3.2 billion, up just 3.4%. 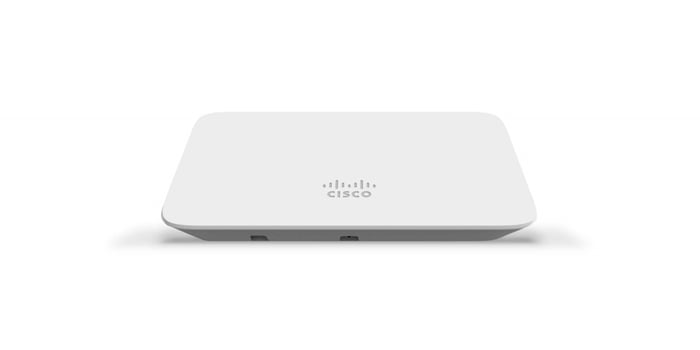 Here's how Cisco's product segments fared during the quarter:

Cisco's earnings per share grew at a much faster rate than revenue, thanks in part to share buybacks. On a GAAP basis, EPS came in at $0.56, up 12% year over year. Non-GAAP EPS was $0.66, up 10% year over year and $0.01 better than analysts were expecting. Cisco spent a whopping $6 billion on share buybacks during the quarter, and it has $25.1 billion left under its current authorization. This heavy buyback spending provided a nice boost to the per-share numbers.

Cisco's guidance for the fiscal fourth quarter was in line with analyst expectations. The company expects revenue to grow by 4% to 6% year over year, with non-GAAP EPS between $0.68 and $0.70. The average analyst estimates for both numbers are within those ranges.

Recurring revenue accounted for 32% of Cisco's total revenue during the third quarter, up 2 percentage points year over year. That's down from 33% during the second quarter, but solid growth in other parts of the business may be the culprit.

Cisco's Catalyst 9000 switching platform, which is subscription-based, continued to gain momentum. The platform now has 5,800 customers, up from 3,100 at the end of the second quarter. Cisco CEO Chuck Robbins said during the conference call that the advanced subscription offer associated with the Catalyst 9000 was enjoying high uptake. Previously, Robbins had said that the vast majority of customers were choosing this advanced subscription offer.

The market sent shares of Cisco lower on Thursday despite a generally positive report. Investors may have been hoping for more optimistic guidance, even though Cisco is usually fairly conservative with its outlook. The shift to recurring revenue is happening slowly, which may be giving some investors pause.

One thing that will continue to benefit Cisco's results is the company's share buyback program. Cisco expects to spend another $25 billion on buybacks over the next two years, which at today's stock price would be enough to reduce the share count by nearly 12%. Buybacks will augment any earnings growth being driven by higher revenue, making double-digit EPS growth possible for the next couple of years.

Cisco isn't the most exciting stock in the world, but the company is putting up solid numbers as it defends its dominant market position in networking hardware and grows smaller businesses like security. The market may have been expecting more, but I think the stock is still a solid long-term investment.