Investors in NetEase (NASDAQ:NTES) have generally seen their company benefit from a strong environment in the Chinese video game industry. Impressive growth in revenue and profits in past years helped fuel impressive gains for NetEase shares, and the appetite for more from consumers in China and elsewhere has seemed insatiable. Yet in every growth stock's experience, a company eventually starts to face challenges in sustaining growth, and the key question becomes what that company does to restart its growth engines.

Coming into Wednesday's first-quarter financial report, NetEase investors were ready for some declines in earnings, but they expected to see solid performance on the top line. That's largely what NetEase produced, but the extent of its weaker net income was surprising. Although the company sees itself on course for a good 2018, shareholders don't seem nearly as confident that it'll be easy for NetEase to get back on a growth path for the remainder of the year. 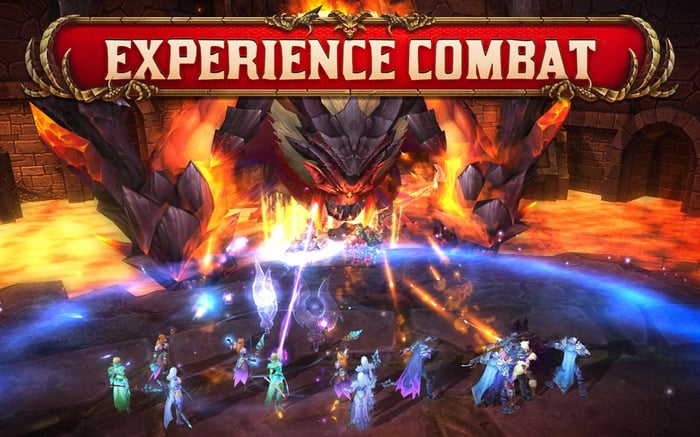 NetEase's first-quarter results took a step down even from the troubling slowdown that it saw in the fourth quarter of 2017. Revenue in local currency terms rose just 4% from the year-ago quarter, working out to $2.26 billion. But adjusted net income was down roughly 70% in local currency terms, and the resulting $1.61 per share in adjusted earnings fell well short of the consensus forecast for $1.97 per share on the bottom line.

Online games were once again the huge problem for NetEase. Revenue for the key segment dropped 18% from year-ago levels, sending gross profit down more than 20%. As we've seen in previous quarters, self-developed games such as Onmyoji and New Ghost didn't perform as well as the company was counting on. Stronger contributions from other games, such as Knives Out and Chu Liu Xiang, weren't enough to fully offset those declines.

By contrast, the e-commerce division did quite well. Revenue doubled compared to the first quarter of 2017. And despite even faster growth in expenses related to the unit, gross profit was still higher by nearly 50%. NetEase pointed to the success of Kaola.com and Yanxuan in driving results there, noting that sales discounts put some pressure on margin levels but also helped support the speed of development of the two sites.

NetEase's other segments were mixed. Advertising services had relatively flat performance, with sales inching higher by 4% and driving a 7% rise in gross profit. Email and other businesses saw their revenue more than double from year-earlier levels, but costs nearly tripled, swinging the segment to post negative gross margin and adding pressure to NetEase's bottom line.

CEO William Ding seemed to see everything as working out according to plan, saying, "We believe the advancements we made across our business segments in the first quarter put us on track for a successful year." Ding also pointed to player loyalty and flagship game performance as key elements of NetEase's long-term success.

Can NetEase bounce back?

NetEase has ambitious goals. Although the company has historically had great success with the massive multiplayer format, it's also looking more closely at reaching those who aren't interested in that style of game. With expectations that marketing costs will drop back toward normal levels, Ding sees a good opportunity for bottom-line improvement.

Nevertheless, because of the way that NetEase pays dividends, investors had to suffer along with the drop in net income. NetEase will pay just $0.23 per share in dividends this quarter, down by almost 40% from the fourth-quarter payout three months ago -- making it four down quarters in a row for dividend investors.

NetEase shareholders were extremely displeased with the trends that the company is seeing, and the stock fell 9% in pre-market trading Thursday following the Wednesday night announcement. As strong as the company's e-commerce efforts have been, NetEase simply must work harder to get its video game business back in shape in order to get itself back on a true trajectory toward sustained growth.