Please ensure Javascript is enabled for purposes of website accessibility
Log In Help Join The Motley Fool
Free Article Join Over 1 Million Premium Members And Get More In-Depth Stock Guidance and Research
By Jamal Carnette, CFA - May 18, 2018 at 9:02PM

The cable giant's offer for Fox's studio assets could be too good for shareholders to pass up.

The Walt Disney Company's (DIS 1.84%) stock has underperformed the market over the past several years. The simple explanation is that Disney's important television business is under strain from the increasing costs of content, particularly sports rights for its ESPN host of networks, while more households are choosing to cut the cord and go without the service.

To date, Disney's plan to address its underperformance was to double down on studio properties and own more channels in the television bundle to better dictate terms to cable companies like Comcast (CMCSA 2.68%). Disney's proposed acquisition of Twenty-First Century Fox's (FOXA) assets checked both boxes by adding cable networks like FX and key studio assets. However, Comcast may spoil Disney's plans with a bid of their own. 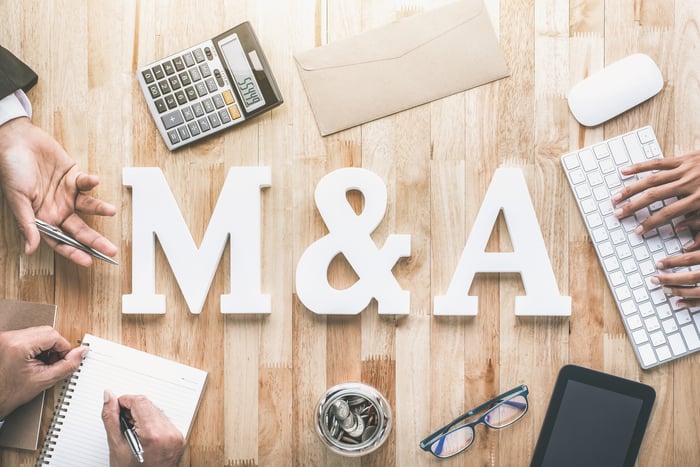 While it's possible Disney makes more sense for consumers -- particularly those looking forward to bringing together the full Marvel Cinematic Universe (outside of Spiderman, as Sony retains rights to the character) -- it's likely shareholders will consider Comcast's offer superior to Disney's. First, the deal is reported to be as much as $60 billion, which would be 15% higher than Disney's offer of $52 billion.

Another key point is the deal's structure. According to Reuters, Comcast is looking for an all-cash deal, while the Disney deal was for 0.2745 shares of Disney stock per share of Twenty-First Century Fox. Generally, a preference for shares or cash is based upon the combined company's forward outlook -- cash is best if you feel the combination will struggle going forward, while shares are better if you feel the combination will overperform. Disney's recent underperformance could push Fox shareholders to look more favorably on Comcast's all-cash deal.

However, for Twenty-First Century Fox, there could be a preference for the Disney acquisition, as it's been widely reported that James Murdoch, son of Twenty-First Century Fox founder Rupert Murdoch, would be a possible successor to Disney CEO Bob Iger. Ultimately, though, as stewards of shareholder capital, the family is bound to take the best deal for shareholders, and it will be hard to argue for the lower offer for Disney and the all-stock structure.

The Spoiler-in-Chief could have an issue with the deal

The wildcard here is President Donald Trump: While generally regarded as a pro-business president, Trump has shown an aversion to mergers and acquisitions. His Department of Justice is currently suing AT&T to block its potential acquisition of Time Warner. At first media analysts were surprised with the challenge, considering the acquisition is a vertical merger that doesn't increase any one company's market power.

The administration's argument is the combination would make it harder for the proliferation of unbundled streaming-based services, which is technically correct. If the government is successful, it would point to potential problems with the Comcast bid, as the company already has both content and delivery operations. It's one of the largest cable companies in the United States and owns NBC Universal, a media property it purchased fully from General Electric in 2013 under the Obama Administration.

If the Administration doesn't want to open itself up to accusations it's trying to block the AT&T/Time Warner merger solely for political reasons (the president has accused CNN, a Time Warner property, of being "fake news" and "unfair"), it's likely they'll have to challenge the Comcast offer for Twenty-First Century Fox's assets and make Disney's bid more attractive as it will then have the easiest path to completion. One thing's for sure: The future of both the cable television and film industries will be heavily influenced by this decision, and investors across the industry should watch closely.