Please ensure Javascript is enabled for purposes of website accessibility
Log In Help Join The Motley Fool
Free Article Join Over 1 Million Premium Members And Get More In-Depth Stock Guidance and Research
By Beth McKenna – May 20, 2018 at 11:12AM

The royal shindig may be over, but Amazon Web Services' AI offerings are just ramping up.

Prince Harry and American actress Meghan Markle tied the knot at Windsor Castle on Saturday during a ceremony that began at noon, London time, which was 7 a.m. EDT across the pond and 4 a.m. on the West Coast.

While many of us in the U.S. slept or started our days in other ways, millions of our fellow citizens and hundreds of millions around the world tuned in to the extensive TV coverage of the royal wedding. Those watching via British broadcaster Sky News' livestream didn't have to rack their brains to identify famous wedding guests, thanks to Amazon.com's (AMZN -0.59%) artificial intelligence (AI). 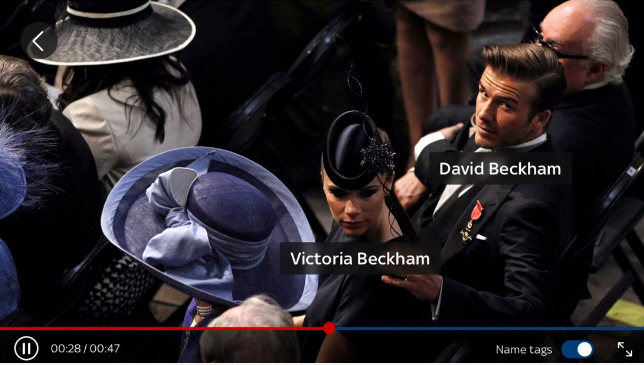 Who's that guy walking behind George Clooney? Who's that woman whose spaceship-sized hat could inspire War of the Worlds II?

These are the type of questions that were answered by Sky News' "Who's Who Live" function, built by a collaboration between the U.K. broadcaster, Amazon Web Services, and AWS partners GrayMeta and UI Centric. As the 600 guests entered St. George's Chapel at Windsor Castle, the livestream function used Amazon Rekognition to identify notable attendees, such as royals and celebrities, via on-screen captions. It also displayed data to let viewers know a little about the highlighted guests and how they are connected to the royal couple.

Amazon Rekognition is a cloud-based technology that uses AI to recognize and analyze faces (that woman is in her 30s and is deep in thought), and recognize objects, scenes (that's a beach), and activities (that's a boy riding a bike) in images and video. Specifically, the tech uses a type of AI called deep learning, which aims to mimic in machines how humans make inferences from data. Rekognition Image launched in late 2016, followed by Rekognition Video a year later, so these are relatively new offerings within AWS's robust and fast-growing portfolio of cloud services.

This AI technology has many current and potential applications spanning realms from media and entertainment to law enforcement and security. In the political sphere, C-SPAN uses the tech to tag people speaking on camera; it could also be used to identify politicians as they scuttle around at big events such as national conventions. The City of Orlando, Florida, is piloting the use of Rekognition Video and a related AWS tech in its law enforcement efforts, according to Amazon's website. 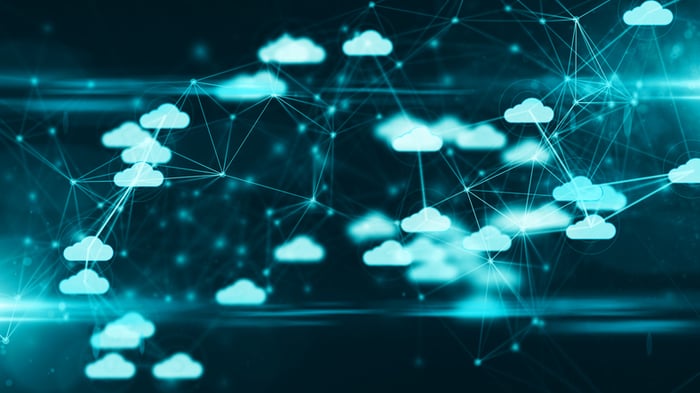 It's not surprising that AWS would play a key part in clenching what Sky News has touted as a "world first for a live news event." Amazon is by far the biggest cloud-computing service provider, with an estimated market share of 33% in the first quarter -- more than twice the 13% share held by its closest competitor, Microsoft, according to Synergy.

In the first quarter, AWS's revenue soared 48% year over year on a constant-currency basis. The segment accounted for just 11% of Amazon's total revenue, but a whopping 73% of total operating income. This profit-engine throws off a lot of cash that Amazon uses to fuel growth across its business units and to expand into new industries. So it's currently the key to investors' continued love affair with Amazon stock.