Please ensure Javascript is enabled for purposes of website accessibility
Log In Help Join The Motley Fool
Free Article Join Over 1 Million Premium Members And Get More In-Depth Stock Guidance and Research
By Ashraf Eassa - Updated May 21, 2018 at 9:56AM

It takes a lot to move the needle for a company this big, but attention paid to promising areas like the Internet of Things can still pay off in the long run.

One of the areas that chip giant Intel (INTC -2.47%) is hoping will fuel its long-term growth aspirations is its Internet of Things Group, or IOTG. In its most recent quarterly filing, the company says this business sells high-performance computing technologies for "retail, automotive, industrial, and video surveillance market segments" as well as "a broad range of other embedded applications."

IOTG has historically been quite profitable because, as Intel says, it makes use of "silicon and software assets" lifted from its data center and client computing group businesses, which yields significant operating leverage. 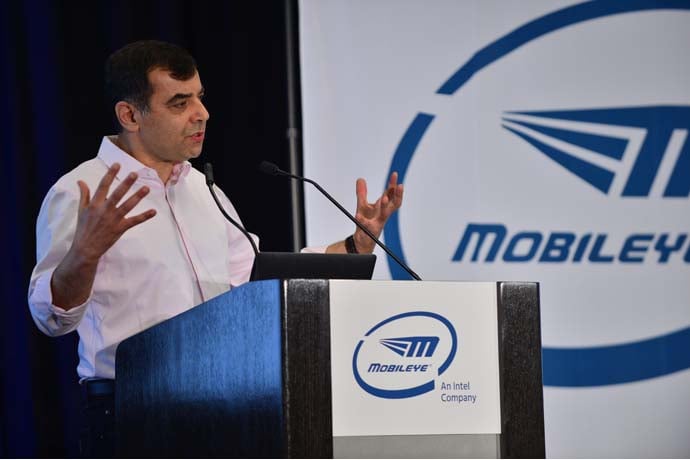 Let's go over how this business performed last quarter.

Intel reported that its IOTG revenue grew 17% year over year to $840 million last quarter. That was driven by growth in its "retail and video market segments."

As we dive a bit deeper into the results, Intel says that IOTG enjoyed a net revenue increase of $119 million. That growth came from $257 million of higher so-called "platform" sales (this usually means processors, and where applicable, the platform controller hub chips that those chips need to function), but that growth was "partially offset by $170 million in lower IOTG platform average selling prices."

In other words, the IOTG business sold a lot more chips, but the average selling prices of those chips were down year over year (likely due to much of the new business being for lower-end parts). Net revenue was ultimately up, though, so this is a win for Intel -- the trend is heading in the right direction.

In its quarterly filing, Intel explains that this operating income was "driven by higher revenue, lower costs from the mix of our processors, and lower spending as autonomous driving [on] investment shifted to Mobileye."

Let's break this down a bit more.

Higher revenue naturally contributes to greater gross profit, so that's easy to understand. The "lower costs from the mix of our processors" means that while Intel saw some average selling price contraction year over year to partially offset the shipment growth, that contraction wasn't because Intel was cutting prices but because customers were simply buying more of the cheaper stuff.

Cheaper stuff, in addition to costing less to purchase, is also cheaper to produce. This is what Intel is referring to when it talks about lower costs.

And finally, Intel says that it cut its spending on organic autonomous driving technology activities now that Mobileye -- a company that Intel bought last year to accelerate its self-driving car efforts -- is a part of the organization.

Intel's IOTG is a solid business that delivers strong revenue growth and seemingly accelerating profit growth. Moreover, the broad opportunities within the markets that it currently targets as well as the new markets that it's going after (e.g. self-driving cars) have the potential to grow substantially in the years ahead.

So while small given Intel's over $60 billion of annual revenue, the Internet of Things Group is one area shareholders should be watching long term.